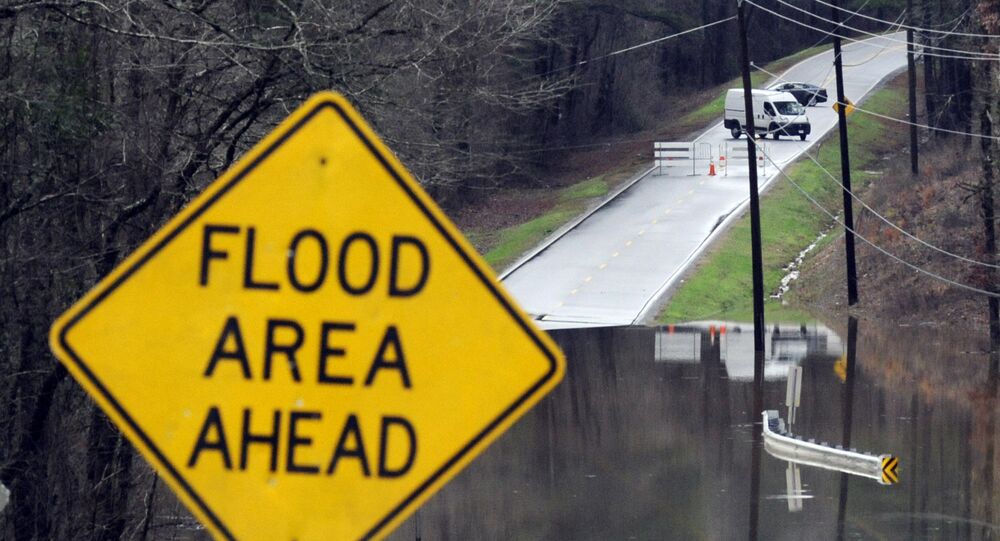 Long-Term Risk of Flooding of US Hazardous Waste Sites May Lead to Spreading of Contaminants: Study

Areas contaminated with hazardous substances in the US are referred to as 'Superfund' sites, indicating that attempts are being made to investigate and clean up the heavily-polluted locations under a federal environmental program. There are an estimated 40,000 Superfund sites across the country.

A fact sheet released by the Union of Concerned Scientists (UCS) on Tuesday claims that, over the next 20 years, hundreds of hazardous 'Superfund' waste sites in the United States are at risk of flooding due to rising sea levels.

The report also revealed threats that communities could face in case of extreme coastal flooding in areas adjacent to the hazardous Superfund sites. According to the study, in case of flooding, hazardous substances could disproportionally impact "buffer zones" located up to five miles from the at-risk zones.

"Millions of people live within five miles of the various Superfund sites we found to be at risk of extreme coastal flooding. Communities of color and low-income communities make up high proportions of these populations surrounding the sites...[] The health of millions of people of color is at risk of being disproportionately affected by the flooding of Superfund sites even in the lowest projected rates of sea level rise", the scientists said.

The new study claims that 876 sites under the Superfund Enterprise Management System (SEMS) in the US are at flood risk if the sea level rise is low, but the number increases to 918 if the sea level rise rate is moderate. The worst-case scenario sees 1,018 Superfund sites - 71 percent of all Superfund sites located within 10 miles of either the eastern US or US Gulf coast, under threat.

The fact sheet denounces the lack of action by the Trump administration, slamming its "consistent pattern of sidelining federal scientists and their work, especially in regard to climate change". According to the UCS, Trump and his officials attack climate change researchers, limit their work and create conditions in which they are forced to resign.

The scientists are calling for "resiliency measures" to immediately be put in place to prevent those hazardous sites from flooding, also urging the government to perceive net-zero carbon emissions goal.

"The possibility—indeed, the probability—of extreme coastal flooding of Superfund sites is a result of climate change. To limit future sea level rise and subsequent extreme coastal flooding, the United States must contribute to global efforts to constrain emissions, enacting and investing in just and equitable solutions that get the nation to net-zero carbon emissions no later than 2050", the fact sheet stated.

Andrew Wheeler, the head of the Environmental Protection Agency (EPA), sounded a more optimistic note regarding Superfund sites, praising "swifter progress being made than we have seen in years" and stressing the importance of prioritizing site cleanup and reuse for the sake of "minority and low-income communities".

In 2014, an adaptation plan was rolled out by the EPA that recognized the importance of response to climate change challenges, particularly sea level rise. The plan envisages "obtaining reliable projections of sea level rise, flooding zones" and tackling other threats posed by the sites' vulnerabilities to climate change.