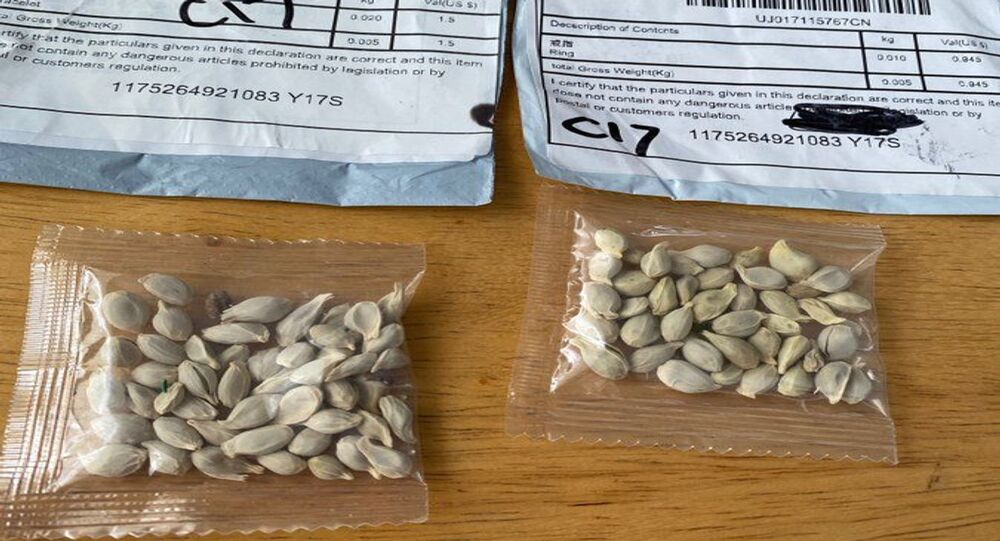 The US Department of Agriculture (USDA) will soon begin testing of some of the unsolicited packages of seeds that have arrived in US mailboxes in recent weeks. The news comes as officials say they suspect it may all be an elaborate scam.

The USDA’s Animal and Plant Health Inspection Service (APHIS) said on Tuesday it was working with other agencies, including the Department of Homeland Security’s Customs and Border Protection (CBP), to get to the bottom of the mysterious seed shipments.

“USDA is currently collecting seed packages from recipients and will test their contents and determine if they contain anything that could be of concern to US agriculture or the environment,” the agency said in a Tuesday news release.

“At this time, we don’t have any evidence indicating this is something other than a ‘brushing scam’ where people receive unsolicited items from a seller who then posts false customer reviews to boost sales,” the USDA noted.

Ohio’s Whitehouse Police Department explained in a Facebook post that it had arrived at a similar conclusion, noting that a brushing scam is “is an exploit by a vendor used to bolster product ratings and increase visibility online by shipping an inexpensive product to an unwitting receiver and then submitting positive reviews on the receiver's behalf under the guise of a verified owner.”

For more than a week, thousands of packages have arrived on US doorsteps bearing plastic bags of seeds residents never ordered. While many of the packages have been processed by the Chinese postal service and contain Chinese symbols on the outside, leading media outlets to refer to them as “Chinese seeds,” the packages have actually come from several countries, including the United Arab Emirates and Kyrgyzstan.

Chinese Foreign Ministry spokesperson Wang Wenbin said on Monday the government had confirmed the China Post labels were forgeries, noting the agency “strictly follows the UPU [Universal Postal Convention] provisions and prohibits seeds from conveyance by post” and that the packages have “erroneous layouts and entries.”

The USDA has said anyone who receives seeds of unknown origin should never plant them, but also shouldn’t dispose of them or the mailing label yet. Many police departments and state agriculture departments have issued their own directions for reporting or disposing of the seeds.