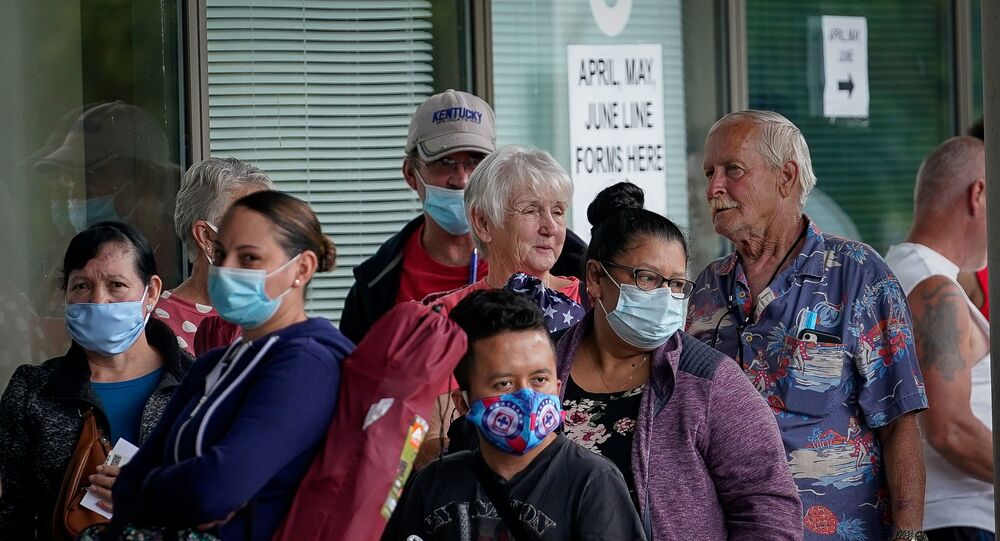 As if the expiring $600 weekly unemployment benefit bonus were not enough to cause concern for many Americans barely making ends meet, a new survey reveals that nearly 50% of US citizens whose families experienced job loss during the COVID-19 pandemic believe that those jobs are unlikely to return.

According to a July 24 survey by the Associated Press-NORC Center for Public Affairs Research, it appears that the rising COVID-19 hotspots in major cities have had a negative impact on Americans who were once hoping to get their jobs back, despite job gains made in May and June.

“In April, 78% of those in households with a job loss thought they’d be temporary. Now, 47% think that lost job is definitely or probably not coming back,” reported the AP.

The AP noted that, overall, almost half of Americans claimed they or someone in their home lost income over the course of the COVID-19 pandemic.

“Honestly, at this point, there’s not going to be a job to go back to,” said Tonica Daley, a 35-year-old California resident who has four children ranging from 3 to 18 years old. “The kids are going to do virtual school, and there is no day care.”

Despite more than 150,0000 deaths in the US due to the COVID-19 novel coronavirus, not all schools are taking the online approach. Some areas have already opened schools, possibly in an attempt to get parents back into the workforce.

Buses are dropping off kids at Franklin Square Elementary for the first day of classes at @GCCSchools. pic.twitter.com/2HpdKdrHnt

According to the AP-NORC poll, 72% of Americans support keeping restrictions in place to stop the spread of COVID-19, and only 27% support the prioritization of the economy over health.

“A lot of people criticize our president, but he’s a cheerleader,” Jim Russ, 74, a retired state worker from Austin, Texas, told the AP. “As long we keep that, the American public will think positive and look positive.”

I suggest that you visit https://t.co/dRZMdZyON4.

This initiative is about challenging the idea the traditional 2 and 4 yr college is the only option to acquire the skills needed to secure a job.

This work has never been more urgent. https://t.co/S74NXLMzRg

“The important thing [to the Trump administration] is the economy, not the people,” investigative reporter and columnist Dave Lindorff told Radio Sputnik’s Loud and Clear earlier this month.

“This is a disaster, but it could have, given time to prepare for obviously a rise in infections, but the only way it would work would be if everybody did what they do in Asia. And when there’s an epidemic, even like an ordinary flu epidemic, everybody wears masks. They do work.”

Former Democratic presidential candidate Senator Bernie Sanders (I-VT) and 14 Democratic colleagues in the Senate recently introduced the Masks for All Act, which was developed “in consultation with health experts” and would “use the United States Postal Service to distribute three free, reusable masks to every person in the country.” Democratic members of the House of Representatives have also introduced the legislation in that chamber.

An estimate referenced by Sanders’ Tuesday release noted that widespread mask-wearing nationwide could save the lives of some 40,000 Americans before November 1.

Failure to Reopen US in ‘Humane, Open Way’ Puts Millions of Unemployed in ‘Unspeakable Position’