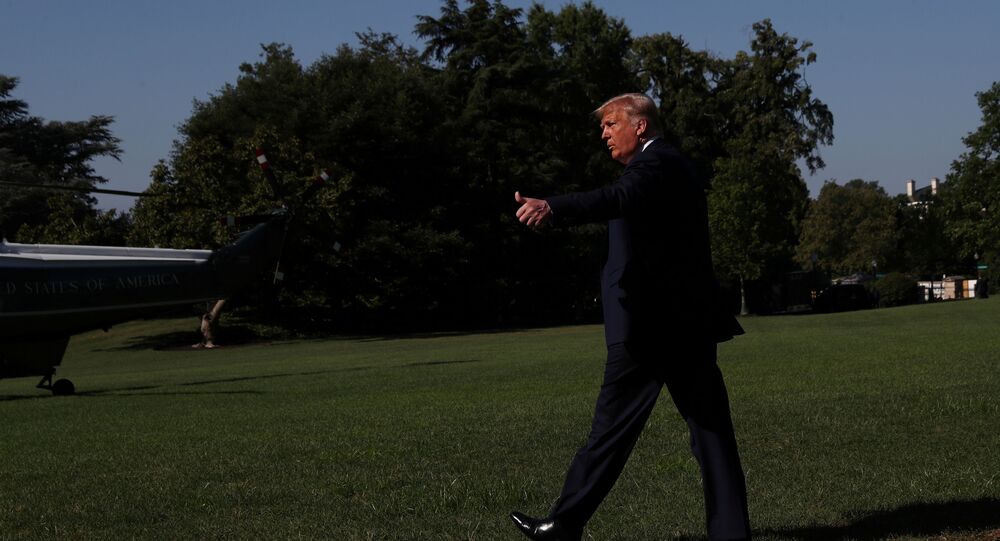 In 2015, the Obama administration introduced the Affirmatively Furthering Fair Housing (AFFH) act as a provision of the Fair Housing Act of 1968, ordering communities to be examined for barriers to fair housing as a means of justifying if they would continue to receive government funds.

US President Donald Trump tweeted that he had rescinded the "Obama-Biden" Affirmatively Furthering Fair Housing (AFFH) rule, vowing that those "living their suburban lifestyle dream" would no longer be "bothered or financially hurt" by the construction of low-income housing in their communities.

According to Trump, the revocation of the Obama-era rule will make "crime go down", while housing prices will rise "based on the market".

"I am happy to inform all of the people living their Suburban Lifestyle Dream that you will no longer be bothered or financially hurt by having low income housing built in your neighborhood... Your housing prices will go up based on the market, and crime will go down. I have rescinded the Obama-Biden AFFH Rule. Enjoy!", the tweet read.

...Your housing prices will go up based on the market, and crime will go down. I have rescinded the Obama-Biden AFFH Rule. Enjoy!

​Not everyone followed the president's advice to "Enjoy!", as some netizens lambasted Trump for pushing "racist" policies, seeing the changes as an attempt to prevent black people or those with low incomes from living in the suburbs. Trying to unpack the phrase "suburban lifestyle dream", some users came to the opinion that Trump aims to segregate communities.

TRANSLATION: Hey affluent white people...vote for me and I'll keep those very scary black and brown people out of your neighborhood...

Having been stripped of opportunities for generations in this country, people of color disproportionately need low income housing. They have every right to live the “Suburban Lifestyle Dream” that white people who fled the cities enjoy. Trump is, at his core, a white supremacist.

What is the "suburban lifestyle dream?" Last week Trump was begging for the votes of "suburban housewives" so I'm guessing his internal polling in the suburbs is looking BAD! Trump makes out that "low income housing" is like some kind of toxic virus!

​Some wondered how a "suburban lifestyle dream" is different from an "American" one.

How is the Suburban Lifestyle Dream different from the American Dream?

​While some criticized Trump for his decision, others stood with the president, insisting that the law change seems to them fairer than the previous legislation.

Good. I don’t want the government paying for someone to live next to my house which I worked my ass off for.

Does anyone make you happy? Your probably the person who has his hand out waiting for anyone to pad it! Why should anyone who’s made something out of there life, live next to a section 8 apartment complex? I did and gun fire went off all hours of the day! Get a job!

Thank You For Protecting The American Dream! Hard work. Determination. Solid Work Ethic. We use these tools to climb the ladder!

​Some suggested that Trump might have meant equal health for everyone and not segregation and discrimination.

People just don't get it! I think what President Trump is saying is that soon everyone will be living the same dream. No one will have the need to live poorly or live in or around poor neighborhoods because there is about the be a great transformation of WEALTH for people.

​A provision of the 1968 federal Fair Housing Act, AFFH was implemented in 2015 by the Obama administration, to require local authorities to inspect neighbourhoods to ascertain if there were barriers for fair housing, including racial or class segregation, before applying for federal housing funds.

US Housing Secretary Ben Carson, a Trump appointee, appears to have begun working to revoke the rule on 23 July, with the Trump administration claiming the changes will favor local autonomy.