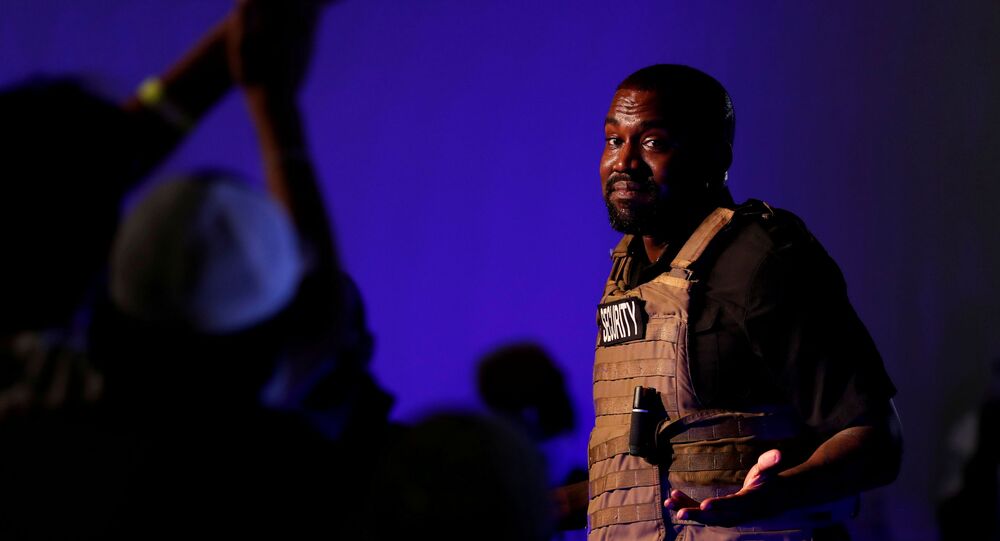 On 4 July, the musician stunned the public by announcing that he would run for president in the upcoming election. However, his transition into politics has not been as promising as his move into music was. He missed the deadlines to appear on the ballot in several states, while the statements he made during his first rally were met with concern.

Kanye West has allegedly hired a team of political advisers to get his name on the presidential ballot in more states, TMZ reported, citing anonymous sources.

According to the website, West’s team is hiring more people to work on his presidential campaign, including volunteers, who will appear in popular public places in order to gather the number of signatures needed for him to appear on the ballot in New York and West Virginia.

The musician has already submitted signatures in New Jersey, Missouri, Oklahoma, and his home state of Illinois. On 28 July, TMZ reported that three objections have been filed with the Illinois Board of Elections over the validity of the thousands of signatures collected in support of West.

One objector, Sean Tenner, claimed to have found only 1,000 valid signatures among the 3,200 that were submitted. West is also facing a setback in New Jersey, where a Democratic lawyer said that petitions filed in support of West's candidacy had missed necessary information and that many signatures appeared to be written by the same hand. But these two problems are not the only issues that the musician has to deal with.

© REUTERS / Danny Moloshok
Kim Kardashian Reportedly Fears Kanye West May Have Hit Rock Bottom
His last-minute announcement to run for president means that he missed the deadline to get his name on the ballot in six states, and last week he failed to get on South Carolina’s ballot. In addition, West’s bizarre behaviour and the controversial statements he made during a rally in South Carolina caused concern among fans and supporters, even alienating some of them.

During his rally, West spoke about how he and his wife Kim Kardashian had discussed aborting their firstborn child and West broke into tears and wept when speaking about the issue. This prompted rumours that the artist was suffering from mental problems or had experienced a mental breakdown. West has previously spoken about his struggle with bipolar disorder and even spent time in hospital following a psychiatric emergency that forced him to cancel 21 shows.