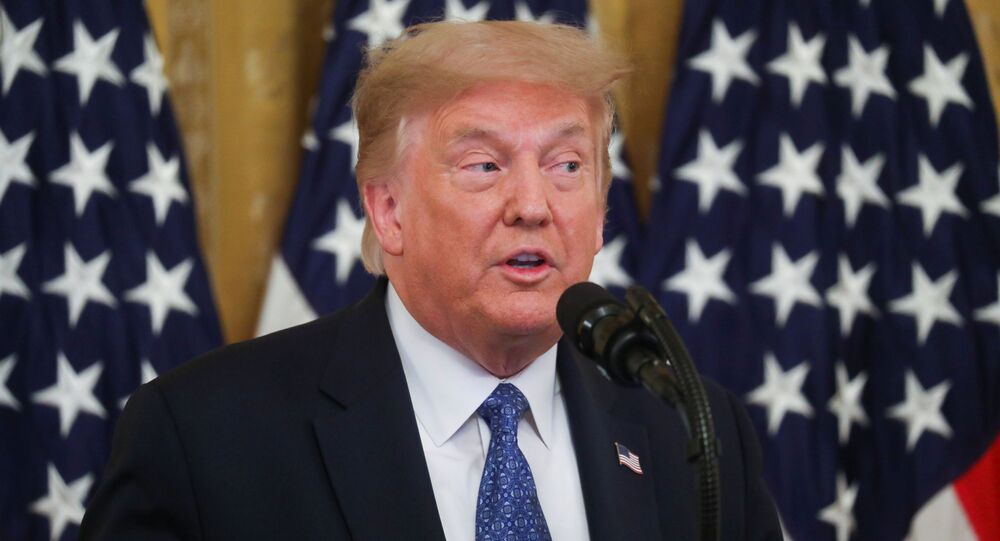 The tech CEOs of Apple, Google, Amazon, and Facebook are set to testify on 29 July before Congress in the first hearing in an antitrust investigation into the dominance of digital platforms.

US President Donald Trump has said on Twitter that he would "bring fairness to Big Tech" himself by means of executive orders if the Congress fails to do so.

Amazon CEO Jeff Bezos, Apple CEO Tim Cook, Facebook CEO Mark Zuckerberg, and Sundar Pichai of Alphabet, which owns Google and YouTube, will testify on the matter in the ongoing probe by the House Judiciary's Antitrust subcommittee into the growing power of the digital platforms.

If Congress doesn’t bring fairness to Big Tech, which they should have done years ago, I will do it myself with Executive Orders. In Washington, it has been ALL TALK and NO ACTION for years, and the people of our Country are sick and tired of it!

Due to the ongoing global COVID-19 pandemic, the CEOs will reportedly appear remotely via video call software.

The congressional hearing comes amid claims by President Donald Trump and his supporters that the tech companies are politically biased against them. In turn, Trump's opponents accuse the companies of not doing enough to fight Trump's allegations, which they consider to be disinformation.