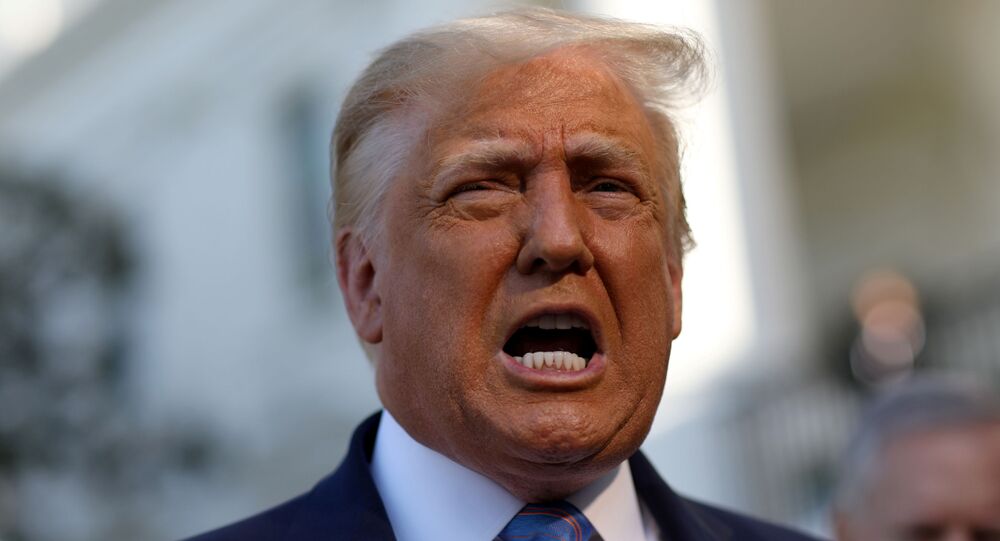 POTUS has faced a harsh wave of criticism from his opponents over his lack of a reaction to unconfirmed reports in the media about alleged bounties that the Kremlin purportedly paid to the Taliban for the killing of American troops in Afghanistan. The existence of these bounties has so far been denied by both Moscow and the US president.

US President Donald Trump has promised to respond appropriately if the allegations about Russian bounties to the Taliban turn out to be true. He went on to add that he would be "very angry" if the information that was previously published in the US media is shown to be correct.

The allegations of Moscow allegedly paying bounties to the Taliban, a terrorist organisation banned in Russia, for the killing of US servicemen stationed in Afghanistan first surfaced in The New York Times on 2 June. The newspaper claimed to have obtained a report drafted by American intelligence proving the existence of cooperation between the two.

The report resulted in a surge of criticism of Trump in light of the newspaper's claims that the president had been informed of the matter, but didn't confront the Kremlin over the allegations. POTUS himself denies that he was briefed on the report about alleged "Russian bounties" and questioned the existence of the “anonymous source” who tipped off the newspaper about the purported intelligence. Trump also refused to discuss the issue purportedly revealed in the leaks with President Vladimir Putin during a recent telephone call, focusing on other topics instead.

"That was a phone call to discuss other things. And, frankly, that's an issue many people said was fake news", the US president said.

The administration vowed to find and deal with the source of the "leak", with Defence Secretary Mark Esper stating that such activities are harmful to US national security. He further said that he had also not been briefed on the report, meaning that even if suspicions of such "bounties" existed, they lacked hard evidence to substantiate them.

"If it was a credible report, that's important, a credible, corroborated report that had used those words, certainly it would have been brought to my attention by the chain of command, by the chairman of the joint chiefs and others for action", Esper said.

The national security matters referred to by Esper could be the future of Washington's deal with the Taliban, which was signed on 29 February 2020 after tough negotiations. The peace agreement stipulates that US troops withdraw from Afghanistan in a matter of 14 months if the Taliban adheres to the deal by refraining from attacks and engaging in talks with Kabul.

Members of the Taliban have also vehemently denied allegations of having ties with Russia and being paid to attack American military personnel. The group further suggested that the "fake news" report was published in order to derail the peace process with the US so it can keep its troops in the country. A similar view was expressed by Moscow, which not only denied paying bounties to the group, which is banned in Russia for its terrorist activities, but also alleged that American intelligence agencies, specifically the CIA, could have "leaked" the report to keep their illegal and profitable operations in Afghanistan running.