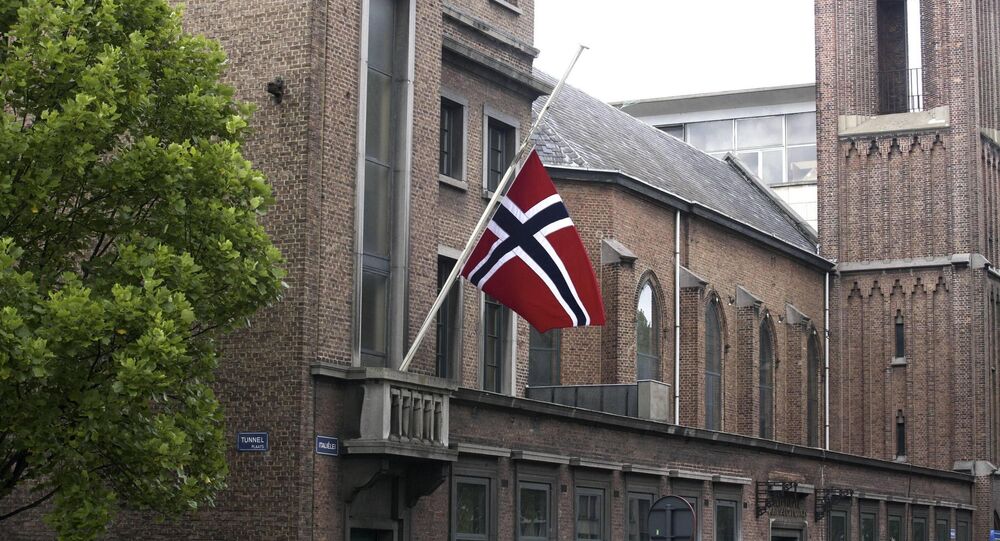 Like Red Cloth to Bull? Norway's Flag Removed at US Inn as Locals Confuse It With Confederate Banner

The two flags share the same red colour background, but are different in their patterns and symbols. Norway's flag features a simple blue Scandinavian cross superimposed on a white one, while the Confederate flag has an X-shaped saltire with white stars inside.

The owners of The Nordic Pineapple inn in Michigan, Kjersten and Greg Offenecker, have taken down the Norwegian flag from outside their business after locals accused them of promoting racism by putting out what they thought was the Confederate banner.

Kjersten, a Norwegian-American, announced the decision in a post on The Nordic Pineapple's Facebook page. She said it was the best thing to do "given the current cultural climate".

She added that both she and her husband are US patriots and have two adopted black children that they are raising in an atmosphere of tolerance.

Confederate symbols were targeted during the anti-racism protests that recently took place across the US, as well as in Europe. Protesters said that they considered those symbols to be glorifying racism and xenophobia.