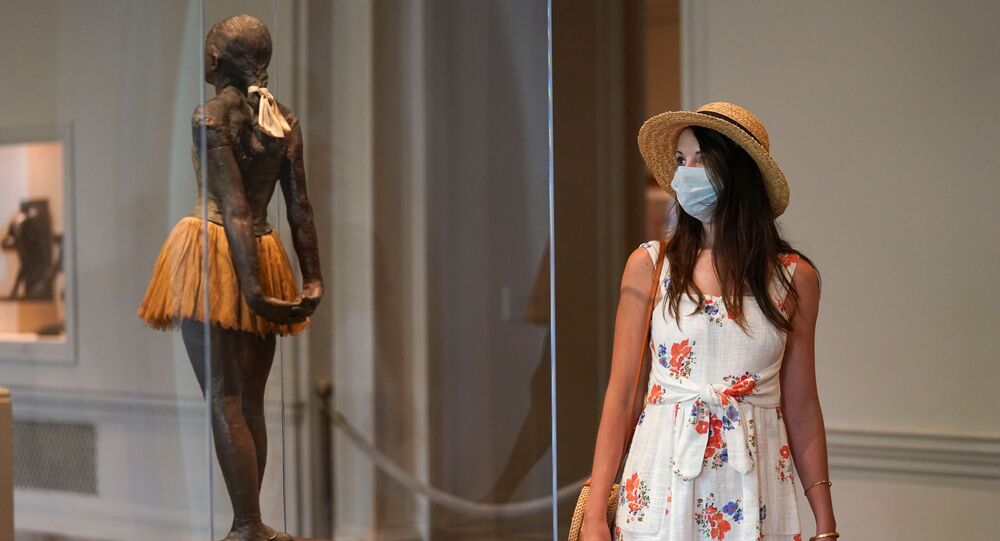 The United States remains the country hardest hit by the coronavirus pandemic, with more than 4.3 million confirmed cases and over 149,200 fatalities, according to Johns Hopkins University.

Former senior US health official Andy Slavitt has asserted that America “can virtually eliminate the virus any time we decide to”, claims that were clarified in a 38-tweet thread.

The ex-acting administrator of the Centres for Medicare and Medicaid Services under President Barack Obama argued that “in a matter of weeks”, America will be able to return to a “reasonably normal existence […] if we want to”.

Slavitt then referred to the examples of Germany, Italy, New Zealand, and Spain to indicate how these countries that “have been in big trouble” could provide the US with tools against the pandemic.

Don’t like that comparison? What about countries that have been in big trouble. Here’s Italy, France & Spain. Countries that had it reasonably bad the same time we did. 5/ pic.twitter.com/CjKrpSO6K7

The former Obama official continued by focusing on what he described as a possible six-step “kitchen sink” plan to tackle the spread of COVID-19, which he noted could include a 90% lockdown instead of a 50% one, implemented in the US from March to April.

Other measures could pertain to universal mask wearing, banning interstate travel, and travel between countries, as well as keeping all hot spot locations, like bars and restaurants, closed.

4. Prohibit travel into the country (no one will let us into their country so that shouldn’t be hard).
5. Have hotels set up to allow people with symptoms to isolate from their families at no cost.

Meaning most of the Americans who couldn’t stay home in April because they were picking crops or driving trucks or working in health care would stay home with us. 12/

Last but not least on the list was using hotels to house people with coronavirus symptoms away from their families, according to Slavitt.

He warned that due to the plan, “the economy would take a several week hit” and that “we would need extended unemployment insurance”.

Slavitt predicted that by the end of the eight weeks of the plan’s implementation, the US would not be at zero cases, but there would be “embers” of COVID-19 that could be controlled by health officials in each and every area.

His remarks come as the US remains the world’s hardest-hit nation in the COVID-19 pandemic, which has already killed more than 149,200 people in the country, according to Johns Hopkins University’s latest estimates.

Critics have repeatedly slammed President Donald Trump for mishandling the coronavirus crisis and claiming that the virus will “go away”. Last week, however, saw an apparent shift in Trump’s tone as he admitted that the case spikes across the US were an issue and cancelled the in-person Republican National Convention in Florida, for a virtual option.