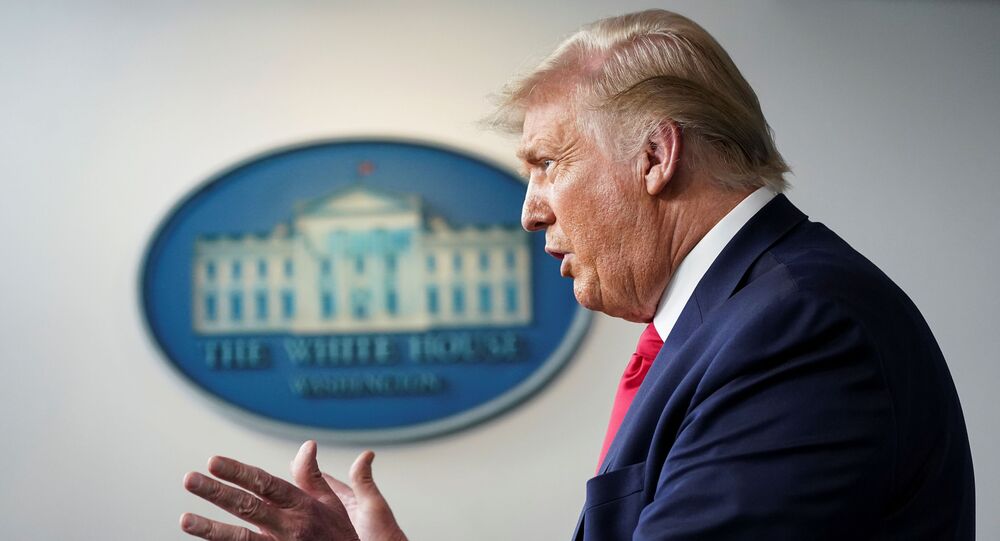 During a coronavirus press briefing on Tuesday, US President Donald Trump said that antimalarial drug Hydroxychloroquine is safe during the early stages of COVID-19 infection.

"I happen to think it works in the early stages," Trump added.

"It's safe, it doesn't cause problems. I had no problem. I had absolutely no problem," Trump continued, also noting that "from a safety standpoint, it's safe."

The US Food and Drug Administration (FDA) in June revoked its emergency-use authorization for hydroxychloroquine to treat COVID-19 after several studies suggested that the drug may have adverse side effects, namely heart problems, in some patients.

“[The] FDA has determined that CQ [ chloroquine phosphate] and HCQ [hydroxychloroquine sulfate] are unlikely to be effective in treating COVID-19 for the authorized uses in the EUA [Emergency Use Authorization]. Additionally, in light of ongoing serious cardiac adverse events and other serious side effects, the known and potential benefits of CQ and HCQ no longer outweigh the known and potential risks for the authorized use. This warrants revocation of the EUA for HCQ and CQ for the treatment of COVID-19,” the FDA wrote in a June 15 alert.

Trump on Monday retweeted a video of Houston-area Dr. Stella Immanuel touting hydroxychloroquine as a cure for the novel coronavirus. At the time, the president called the video a "must-watch." The tweet, however, is no longer available and appears to have been taken down by Twitter.

In addition to praising hydroxychloroquine, Immanuel, who is a registered physician in Texas, also believes that face masks are not needed to stop the transmission of COVID-19. She has also made questionable claims that some gynecological issues arise as a result of people having sex with witches and demons in their dreams.

Despite her claims, Trump still validated his decision to share the video during the Tuesday briefing, noting that "I thought her voice was an important voice."

During the briefing, Trump also revealed that US photography company Kodak has won a $765 million government loan under the Defense Production Act to help speed up the domestic production of pharmaceuticals and decrease the US' reliance on other countries, namely China, for drugs.

"We will make America the world's premier medical manufacturer and supplier," the president promised during the briefing, where he also noted that the occasion marked the 33rd instance in which the administration has invoked the act.

According to the Wall Street Journal, which first broke the news, the loan is from the US International Development Finance Corporation and is the first of its kind under the Defense Production Act, which the Trump administration tapped on to expedite the production of COVID-19 related equipment like ventilators.

People Over 6 Feet Tall Are Twice as Likely to Contract COVID-19, Survey Finds

AIIB Must Progress 'With The Times' To Tackle COVID-19, Build Shared Goals For Mankind - Xi Jinping