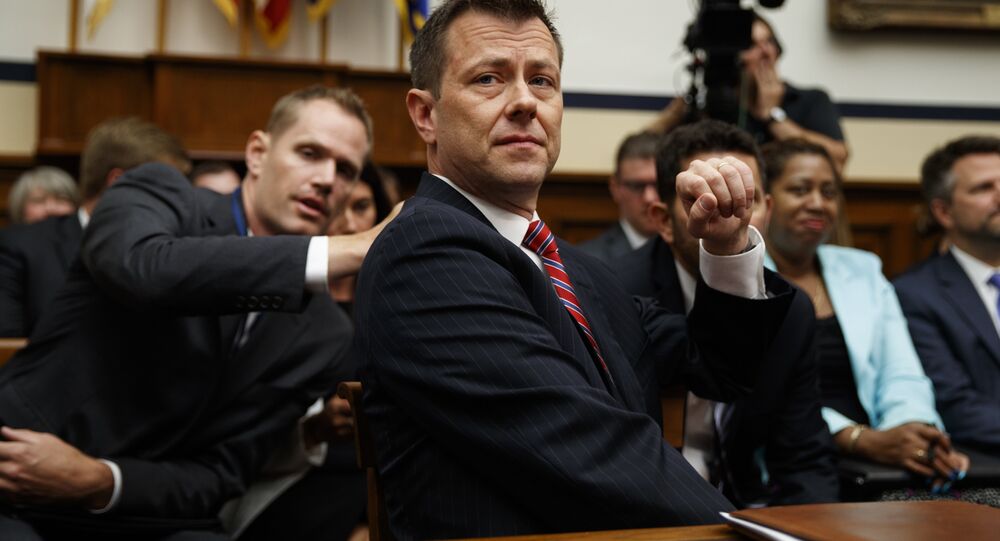 Strzok was among the investigators in the 'Russia probe' conducted by US Special Counsel Robert Mueller, until being dismissed over the release of personal text messages in which he spoke highly unfavourably of President Donald Trump, one of the key people at the centre of the investigation.

Former FBI counterintelligence agent Peter Strzok will release a memoir two months ahead of the 3 November presidential election, characterizing one of its candidates, incumbent President Donald Trump, as "a national security threat". Promotional materials for the book claim that the author draws on experience he has received throughout a career in counterintelligence to "lay bare the threat posed [to the US] by President Trump".

Strzok, a part of the Special Counsel Robert Mueller team investigating allegations about collusion between Russia and Trump's 2016 campaign, claims to have "seen more than enough to convince him that the commander in chief had fallen under the sway of America’s adversary in the Kremlin". The book further alleges that the discharged FBI agent was "forced out" of the bureau by the Trump administration over his "private expression of political opinions".

In fact, Strzok did not spend much time with Mueller's team, being excluded from it by Mueller himself in July 2017. In a subsequent two years of investigation, the so-called Russia probe found no hard evidence confirming that Trump's campaign had colluded with the Kremlin.

Furthermore, the Trump campaign had little to do with Strzok's expulsion from the FBI, as he was fired as a result of a Justice Department Inspector General investigation initiated by Republican congress members. The decision was made after investigators learned that in private messages with his lover, FBI agent Lisa Page, Strzok spoke highly unfavourably of a key subject of his investigation, Trump himself, and promised to prevent his election in 2016.

© REUTERS / Jonathan Ernst
Newly Released DOJ Docs Show Senior FBI Agent Peter Strzok Wanted Michael Flynn's Case Open
The memoir's promotional materials also justify Strzok's expertise in counterintelligence by pointing to his participation in the arrest of two Russian 'sleeper agents'. These agents were part of a larger group of 10 spies, who were arrested and expelled from the US in 2010 due to their identities becoming known to Washington after a member of the Russian Foreign Intelligence Service defected.
...
Reddit
Google+
Blogger
Pinterest
StumbleUpon
Telegram
WhatsApp
34