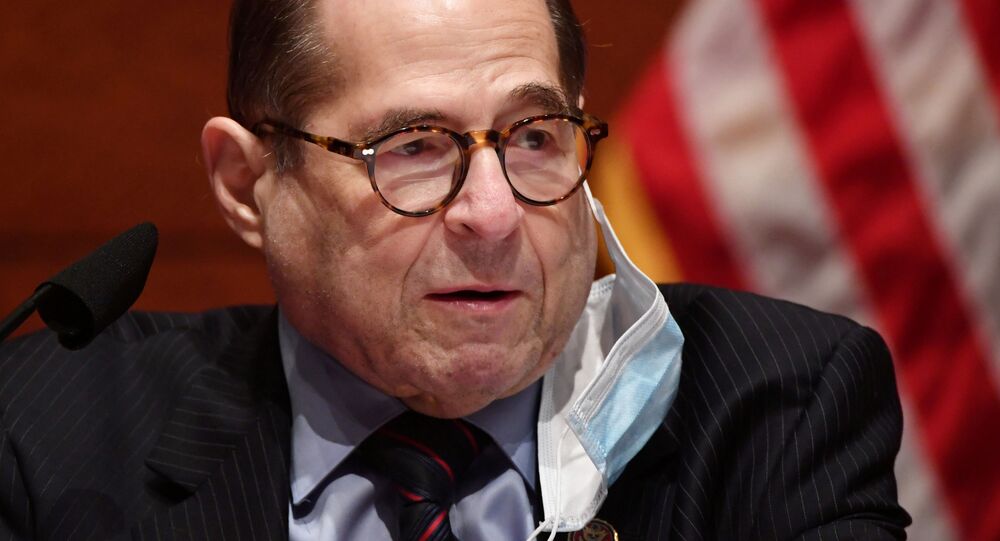 US Attorney General William Barr agreed to testify at an oversight hearing by the Democratic-led House Judiciary Committee on 28 July where Jerry Nadler is set to preside.

Chairman of the House Committee on the Judiciary Jerrold "Jerry" Nadler was involved in a car accident on the morning of 28 July on his way to Washington, CNN reported citing a Nadler spokesman.

The congressman was not driving and was not injured in the accident, according to the reports.

However, due to the accident, the start of the hearing with Attorney General William Barr has been delayed.

© REUTERS / Tom Brenner
US Democrats to Impeach Trump on Abuse of Power, Obstruction of Congress Probe - Nadler
The attorney general will be testifying before the House Judiciary Committee about several topics, including the deployment of federal forces in Portland and the investigation into Donald Trump's associates.

US Congressmen Jamie Raskin, Earl Blumenauer, and Suzanne Bonamici led the 114 House members in demanding information from Barr and Wolf about the unidentified federal law enforcement personnel deployed in Portland over the objections of state and local officials.

In June, Congressman Nadler said that Barr should be impeached for firing US Attorney for the Southern District of New York Geoffrey Berman, who was investigating several associates of President Donald Trump, including lawyer Rudy Giuliani.