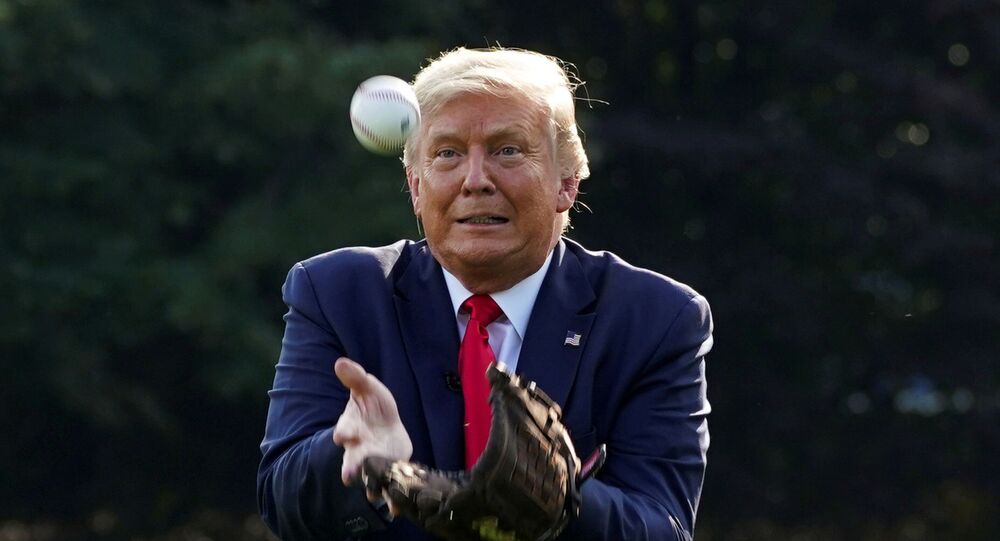 According to The New York Times, Trump was annoyed by the fact that Dr. Anthony Fauci threw the first pitch of the season opener between the New York Yankees and the Washington Nationals, subsequently announcing that he would perform a first pitch without informing not only the team, but White House staffers.

US President Donald Trump apparently announced, then quickly cancelled, an event that had not been officially planned - him throwing the first pitch for the Yankees, which, according to some reports, was a surprise both for the Yankees and for the staff of the White House.

"I think I’m doing that on 15 August at Yankee Stadium," Trump said at a press briefing. "And I say, 'How’s the crowd going to be?' And, you know, it’s like you don’t have a crowd."

It appeared, however, that he made the announcement without consulting anyone else, as he was not invited on that day, according to a person with knowledge of Trump's schedule, cited by The Times.

The cause for this schedule confusion reportedly lay with Trump's annoyance that Fauci had earlier stolen the limelight with his first, and official, pitch at the season opener between the Yankees and Nationals. POTUS, referring to his friendship with Randy Levine, the Yankee president, announced his own pitch, allegedly ordering his staff at the White House to make it happen - only to later cancel the announcemnt.

"Because of my strong focus on the China Virus, including scheduled meetings on Vaccines, our economy and much else, I won’t be able to be in New York to throw out the opening pitch for the Yankees on August 15th. We will make it later in the season!", he tweeted.

Fauci, some believe, is an irritant to Trump, as the former has garnered more positive media attention than the latter, and recently showed up on the cover of fashion magazine InStyle, landing a cover before the US first lady, Melania Trump.

'They Are Making Things Up': Anthony Fauci’s Wife Slams White House for Targeting the Immunologist

'Did He Wear a Bikini?' Twitter Checks Out Fauci Delivering Looks for InStyle (Before FLOTUS!)