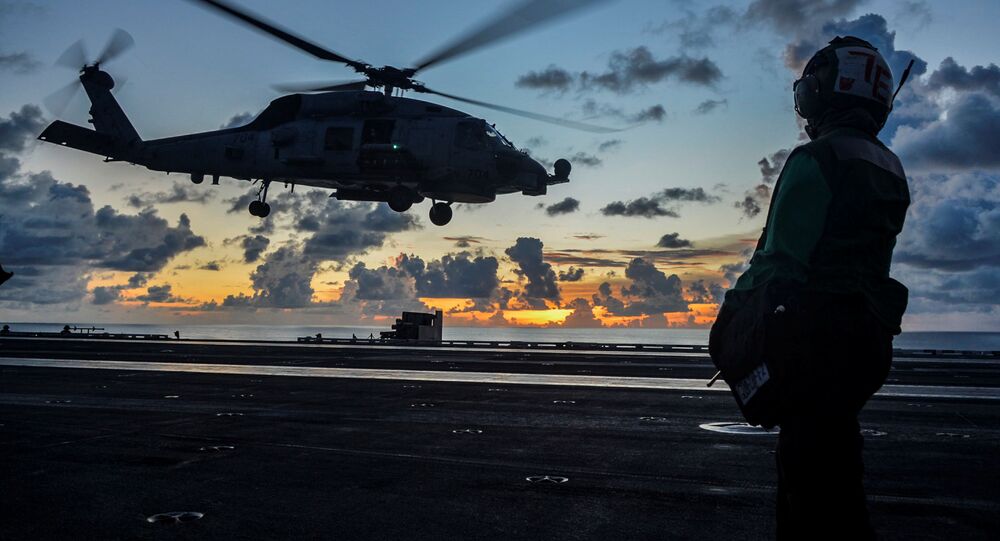 Allegations that the Trump administration has attempted to push Australia to step up naval exercises in the South China Sea come after Canberra asserted that Beijing has "no legal basis" for its maritime claims in the disputed waters.

The White House is pressing Canberra to exercise additional freedom of navigation patrols in the South China Sea, as the Australian Labor party has encouraged the country's foreign and defence ministers to use upcoming talks with their US counterparts to ask Washington what it is doing to reduce tensions with Beijing, The Guardian reported.

Australian Foreign Minister Marise Payne and Defence Minister Linda Reynolds are scheduled to meet US counterparts, State Secretary Mike Pompeo and Defence Secretary Mark Esper on 27-28 July in Washington DC to "discuss ways in which our two countries can expand and deepen our unbreakable alliance in the Indo-Pacific region and beyond", according to a US State Department announcement.

Penny Wong, Australia's Labor's shadow foreign minister, said that Payne and Reynolds “should be asking their counterparts what the US is doing to manage its strategic competition with China and should encourage a de-escalation of tensions between the world’s two great powers”, according to The Guardian.

Wong also reaffirmed Labor's "in-principal support" of freedom of navigation in the South China Sea. Her comments follow an earlier Canberra statement on Beijing having "no legal basis" for any of its territorial or maritime claims in the disputed waters. Australian lawmakers have also rejected "China’s claim to ‘historic rights’ or ‘maritime rights and interests’ as established in the ‘long course of historical practice’ in the South China Sea".

According to The Guardian, Wong also insisted that the two ministers should stress to their fellows the importance of the "need to support the health and economic recovery of the Indo-Pacific and build resilience to future shocks".

Reported US pressure toward Australia to increase freedom of navigation operations (FONOP) in the South China Sea comes after Pompeo, in a speech delivered earlier in the week, raised the possibility of a "new grouping of like-minded nations" to stand against China with their "combined economic, diplomatic, and military power".

Beijing has long considered several islands and their immediate vicinity in the South China Sea as sovereign territory, while several other countries have also noted sovereignty claims over portions of the region.

The United States has opposed China's maritime and territorial claims, formally rejecting them, insisting that it would continue to conduct freedom of navigation operations in the region, despite condemnation from Beijing.

China has repeatedly insisted that the United States, as it does not have a direct claim in the dispute over the maritime region, should not interfere. Beijing has accused Washington of "distorting international law", particularly referring to the United Nations Convention on the Law of the Sea (UNCLOS).