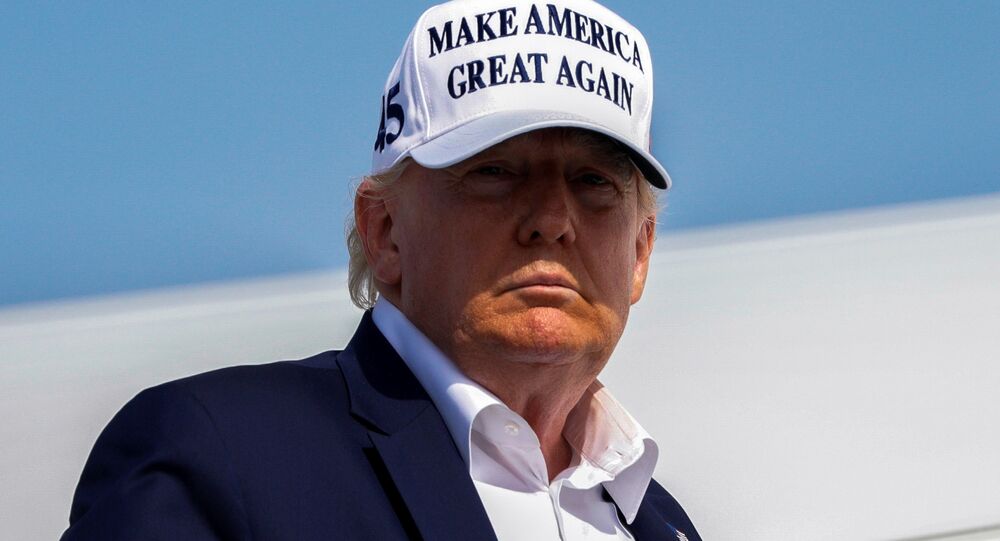 In a tweet on Sunday, President Donald Trump slammed the Reagan Foundation over its criticism of POTUS’ election campaign using Reagan’s image in fundraising.

The US president also shared a post recalling that Reagan Foundation Chairman Frederick Ryan Jr. is the publisher and the chief executive officer of The Washington Post, which was the first to release the Trump campaign-related report earlier that day.

“So the Washington Post is running the Reagan Foundation, and RINO [Republican in name only] Paul Ryan is on the Board of Fox, which has been terrible. We will win anyway, even with the phony FoxNews suppression polls (which have been seriously wrong for 5 years)!” Trump tweeted.

Some netizens were quick to echo POTUS' remarks, claiming that Trump will prevail in the 3 November elections and that the US president “has demonstrated he gets things done”.

We will win in November. The only poll that matters is the one on Election Day and once again Trump will be victorious.

President Trump has demonstrated he gets things done!

The economy will roar back with President Trump at the helm!

We will prevail!
President Trump is the boss!

Others, however, noted that “The Washington Post is not running the Reagan Foundation”, also accusing Trump of failing to tackle the COVID-19 pandemic and the recent George Floyd protests-turned-riots in Portland, Chicago, Louisville, and other US cities.

We are standing with the Reagan foundation against you and your corruption. Ronald Reagan would’ve never voted for you! #RepublicansForBiden

145,000 have died from #COVID19 and all you do is tweet, this is why your poll numbers suck and why you will lose in November. By the way I hope you follow @RVAT2020 because it will show you that I’m not the only former Trump supporter.

The Washington Post is not running the Reagan Foundation. That’s an outright lie!

The Reagan Foundation’s request came shortly after a fundraising appeal by the Trump Make America Great Again Committee, which offered two commemorative coins to those supporters who donate more than $45. One coin was engraved with former US President Ronald Reagan’s image and the other - with that of Donald Trump.

The developments followed a registered voter survey by Fox News revealing last week that presumptive Democratic presidential candidate Joe Biden is leading Trump in Michigan, Minnesota, and Pennsylvania, as well as in Texas, the US’ second most populous state after California.

POTUS has repeatedly slammed Fox News polls showing him lagging behind Biden in the presidential race, rejecting the surveys as “fake”.