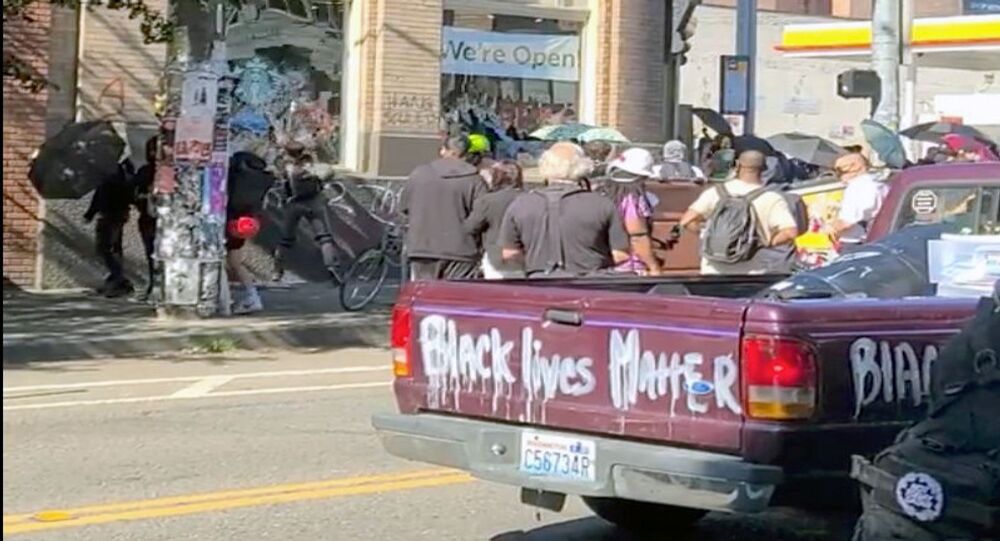 WASHINGTON (Sputnik) - US President Donald Trump said via Twitter on Monday that a large contingent of federal officers has been deployed to the city of Seattle but emphasized that the agents are not yet involved in any law enforcement actions and instead remain on standby in case of emergency.

"Homeland Security or Federal Forces are little involved in Seattle, other than we have a large standby team in case of emergency", Trump said. "The media is calling that one wrong also. In Portland, we are protecting Federal property, including the Courthouse, which wouldn’t last a day!"

© Sputnik / Mikhail Turgiev
Russian Embassy in US Sends Note of Protest Over Attack on TV Crew By Police in Portland
Trump sent federal law enforcement agents to Portland earlier this month, despite the objections of local officials, to help quell civil unrest. The move has drawn criticism after reports emerged that federal officers, without badges or name tags, have detained protesters in an extrajudicial manner.

The federal officers in Portland have attacked, tear-gassed and beaten scores of people, including journalists from Russia's Channel One who last week sustained injuries and had their equipment destroyed while covering the demonstrations near the federal courthouse.

Protests against police brutality and racism erupted in Portland and other US cities after the death of African American man George Floyd in police custody on 25 May.