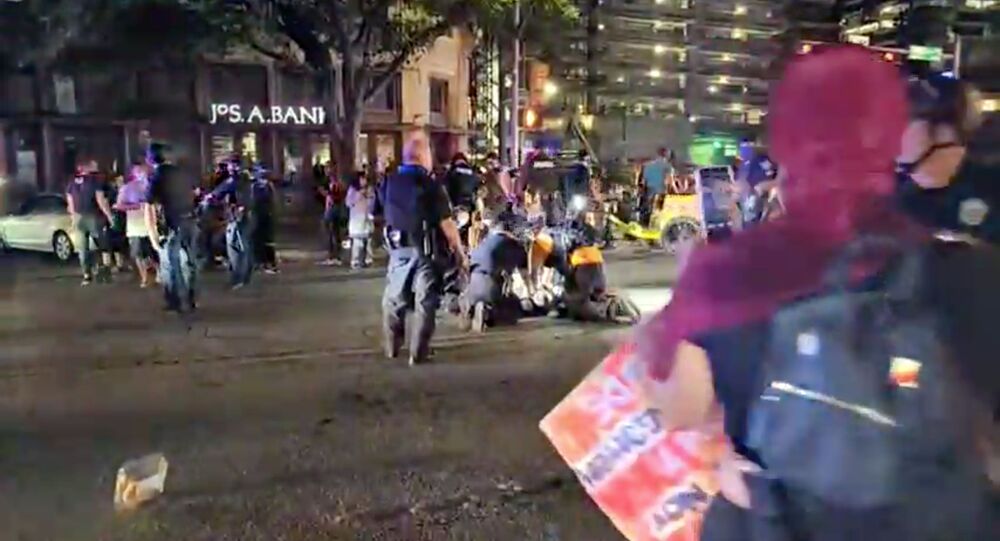 According to witnesses at the scene, the man drove through a crowd of protesters before smashing into a barrier, after which the protesters rushed to the vehicle and several gunshots were heard.

A man was detained in Austin, Texas, on suspicion of shooting and killing a protester, local police said in a press briefing on Sunday.

The incident took place in downtown Austin on Saturday evening, as multiple armed protesters approached the man's car after it hit a barrier, and he opened fire at them before driving away. Police confirmed that at least three protesters fired back. As a result, 28-year-old Garrett Foster was shot dead.

The driver, whose identity has not been revealed, said that he shot the protester because he pointed his gun at him.

Footage from the Black Lives Matter protest on Saturday, shared on social media, shows demonstrators running and screaming after several gunshots are fired, but it is not clear from the video where they are coming from. A honking car is also heard on the video.

Shots are fired during a protest in downtown Austin with at least one person hospitalized in critical condition. pic.twitter.com/XyfhMLUlAz