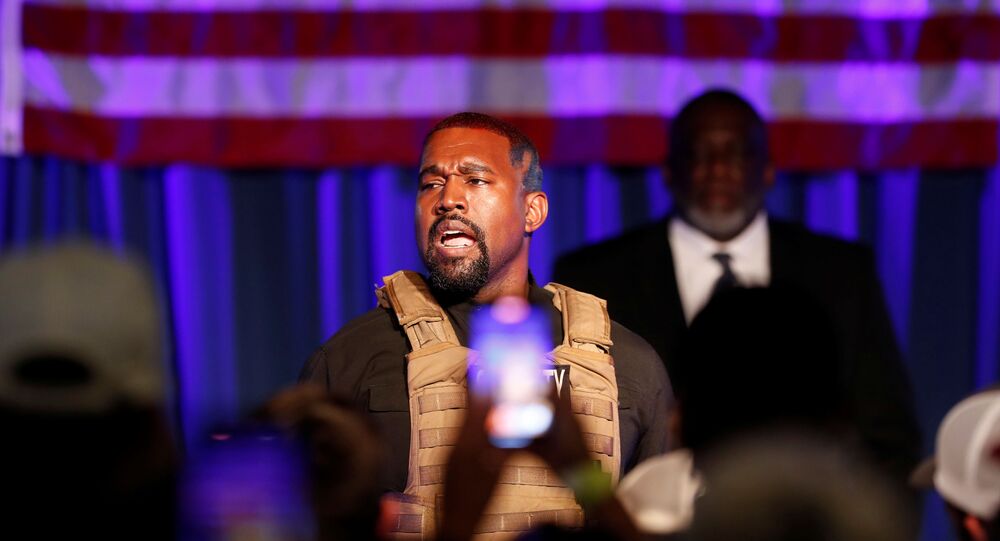 The rapper announced his presidential bid for 2020 on US independence day, though he had previously claimed he was going to run for the office in 2024 at a festival in November 2019.

Kanye West says he is sure to beat Democratic presidential candidate Joe Biden by write-in votes in the upcoming November election.

I CAN BEAT BIDEN OFF OF WRITE INS #2020VISION

Netizens rushed to comment on the post, with most of them expressing concern over West's mental health, given his recent public rants and the late decision to participate in the November election.

I know people think this is cute and all and some may laugh it off; but you need serious help Kanye. It’s too late to get into the election process, so just stop. Most importantly, if you love your children, get the help you need ASAP. They deserve better from you.

Kanye, not everyone has cancelled you cause we recognize your gifts but Please STOP. There are young impressionable minds out there and this election is too important to make a joke or a PR stunt out of it. STOP. PLEASE. Do it for us black women. Do it for your beautiful mother.

Other users were frustrated that the rapper has been tweeting about everything but music lately, asking West to release the new album, though someone suggested he was just delaying the release to increase demand.

I’ll vote for u if u drop the album

Mfw Kanye tweets about everything but the album pic.twitter.com/VxSIya205o

Finally, there were those who were confused about what the rapper said, apparently not getting his shorthand for "write-in votes".

Though many on social media have mocked the rapper for the late announcement of his presidential bid, others have expressed encouragement for Kanye, including Tesla CEO and founder Elon Musk, who commented in support of his intentions, though later Musk said that he had tried to convince Kanye to run in 2024.

Though West has missed the registration deadlines in a number of US states, including Texas, he has filed the necessary documents with the Federal Election Commission (FEC) and managed to get on the ballot in Oklahoma by paying a fee.