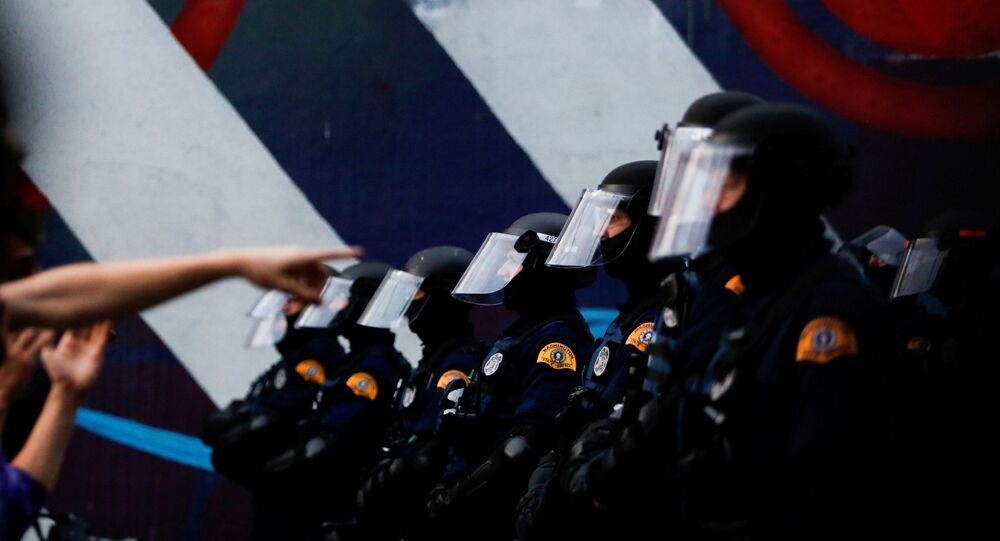 MOSCOW (Sputnik) - The Seattle police have announced arresting 25 people during the civil unrest, classified as a riot.

The local police declared protests in the city a riot due to “public safety risks" and made more than two dozens arrests on Saturday afternoon.

"Update: Police have made 25 arrests since declaring today's incident a riot", the city police tweeted.

Update: Police have made 25 arrests since declaring today's incident a riot.

Demonstrators in Seattle clashed with police, damaged several buildings, and set a construction site for a King County facility ablaze.

The protesters used stones, bottles, liquid-filled balloons, and other projectiles, with police officers responding with "less-lethal munitions” to disperse the protesters and provide fire units access to the construction site.

The police have shown up, using flash-bangs and pepper spray. pic.twitter.com/gxucPu3MUY

I have shifted up to Seattle today to follow a large demonstration that's in solidarity with Portland.

I'd estimate a crowd of 2,000 already. They just torched construction buildings at the site of a new youth detention center.

Previously, officers from the Special Response Team of the US Customs and Border Protection were deployed to Seattle, under orders from US President Donald Trump's administration.

​Seattle is remembered for protesters setting up a Capitol Hill Occupied Protest zone for over two weeks, occupying several blocks and proclaiming them a 'police-free' zone. The area was cleared after several deadly shootings.

The protests across the US have taken place following the death in police custody of Minnesota citizen George Floyd in May.