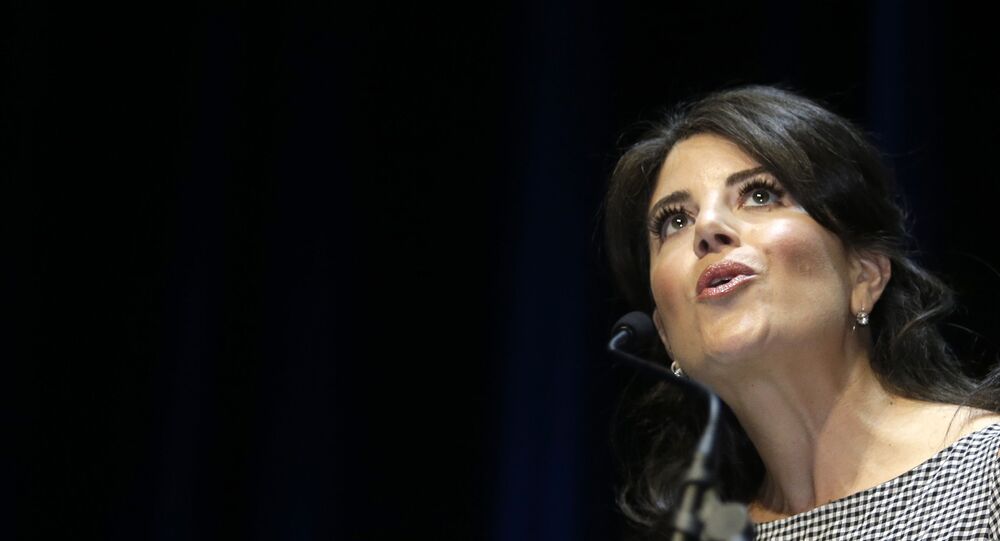 Monica Lewinksy was an intern at the White House from 1995-1996. During this time she had an affair with President Bill Clinton which later led to his impeachment. Lewinsky, who is now an activist and TED talk speaker, has spoken about how she was demonised and bullied during the scandal.

On Friday an “I have a joke” trend started on Twitter, with users making jokes about their professions.

i have an intern joke and it... nevermind. https://t.co/SCHRGYVIJV

The tweet has received over 450,000 likes since it was written on Friday.

High profile Twitter users such as Mia Farrow commented on it, saying: “Monica wins the internet.”

Lewinsky, now 47, famously had an affair with President Clinton while she was an intern at the White House in 1995-1996.

This led to Clinton’s impeachment and was later referred to by the media as the Clinton-Lewinsky scandal. Lewinsky was 22 at the time, while Clinton was 49.

Clinton initially denied having the affair after it became known to the media in 1998, but later after Lewinsky produced DNA evidence he admitted in court to having a relationship with her that was “not appropriate.” Clinton was acquitted by the Senate.

In March, the former President was criticised for saying the affair was an outlet for him to manage his anxieties.

Earlier this month, Lewinsky also made a playful reference to the affair when comedian and writer Sarah Connor shared advice with younger generations.

Connor tweeted, “Make your mistakes now. Because by the time you're 40, you'll barely even remember them!

“And then you get to make the same mistakes all over again it's really fun.”

To which Lewinsky commented: “Uhhhmmmmmm.”