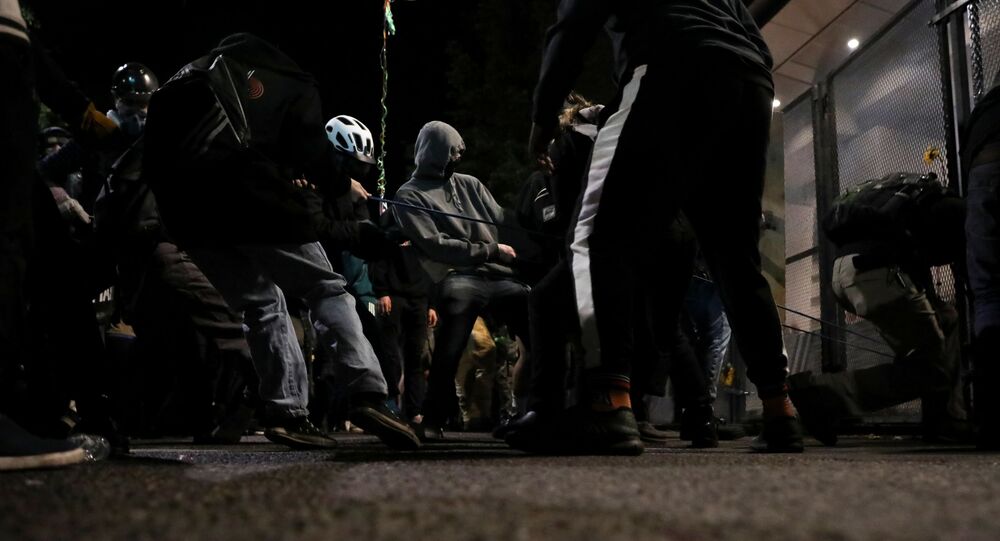 WASHINGTON (Sputnik) - The authorities have arrested 18 participants in nightly and often violent anti-police protests in Portland, Oregon, on charges ranging from assaulting federal officers to participating in attacks on a federal courthouse, the US Justice Department said in a press release.

"According to court documents, since 26 May 2020, protests in downtown Portland have been followed by nightly criminal activity, including assaults on law enforcement officers, destruction of property, looting, arson, and vandalism. The Hatfield Federal Courthouse has been a nightly target of vandalism during evening protests and riots, sustaining extensive damage," the release said on Friday.

The charges stem from three days of violence on 20-22 July, with all 18 defendants making their first appearance in US federal court, where they were released pending jury trials or other follow-up court proceedings, the release said.

The Justice Department explained that the cases are being jointly investigated by the US Marshals Service and the Federal Protective Service, and prosecuted by the US Attorney’s Office for the District of Oregon.

The release included multiple images of the aftermath: water bottles used as projectiles to attack police littering the courthouse entrance, its walls covered in profane, anti-police messages and endorsements of the 'Back Lives Matter' movement that erupted in nationwide protests following the death in police custody of Minnesota citizen George Floyd in May.