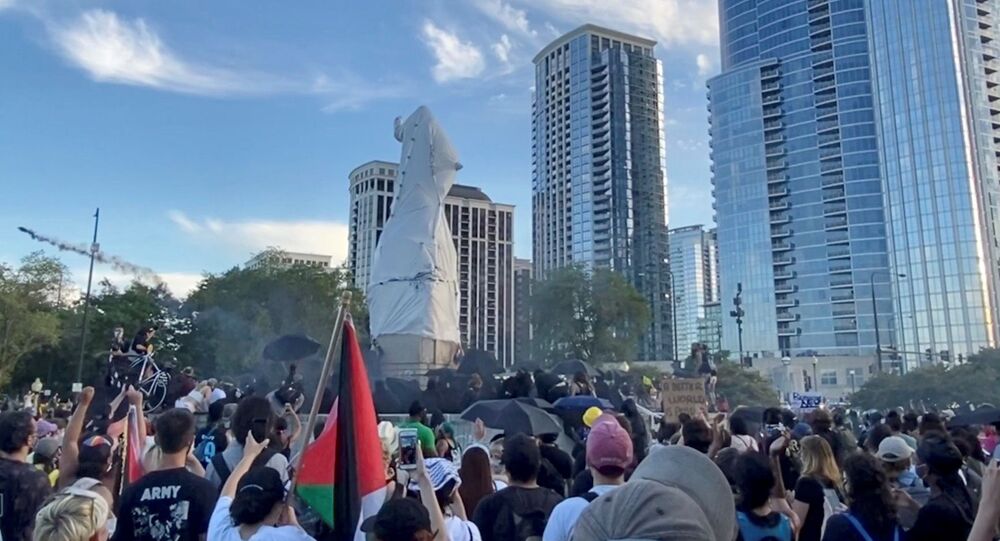 MOSCOW (Sputnik) - Local authorities in Chicago took down a statue to Christopher Columbus, which was previously the scene of confrontations between local police and anti-racism protesters, on Friday morning several hours after Lori Lightfoot, the city mayor, ordered its removal, media reported.

Two cranes were used to take down the statue, which was erected in 1933.

The mayor ordered the statue’s removal following violent clashes between the police and protesters, which left 49 law enforcement officers injured, according to Chicago Police Superintendent David Brown. Moreover, 12 people were detained on 17 July when a large group of protesters tried to take the statue down themselves.

Since the killing of African American man George Floyd in Minneapolis at the hands of a police officer in late May, statues of figures in US history, including Columbus, George Washington, Robert E. Lee and General Ulysses S. Grant, have been taken down or vandalized across the United States. Some anti-racism protesters argue that Columbus was responsible for the genocide of Native Americans.