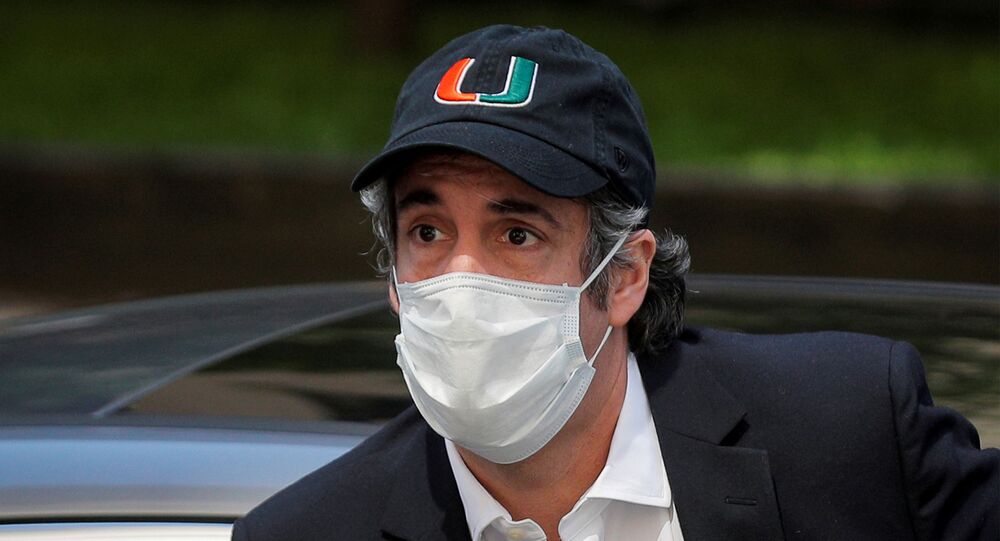 Michael Cohen, who had been furloughed from prison in May, was taken into custody again on 9 June after refusing to sign a form which banned him from publishing his forthcoming book about President Donald Trump. Judge Alvin Hellerstein said that this was a violation of Cohen’s First Amendment rights.

President Trump’s former lawyer Michael Cohen is to be released from prison to return to home confinement after a judge said that Cohen’s First Amendment rights had been violated.

Judge Alvin Hellerstein said that the government had behaved in a “retaliatory” manner after Cohen was returned to prison last month after refusing to sign a form which banned him from speaking to the media about his upcoming book about President Trump.

"The purpose of transferring Mr. Cohen from furlough and home confinement to jail is retaliatory and it's retaliatory because of his desire to exercise his first amendment rights to publish a book and discuss anything about the book or anything else he wants on social media and others," he said.

The judge in the Michael Cohen hearing: "I cannot believe fairly that there was not a purpose to stop exercise of First Amendment rights," calling the provision to his home confinement requiring that he not publish a book "retaliatory" and unlike anything he'd seen in 21 years.

​Cohen will be released on Friday at 2pm to return to home confinement after being kept in isolation at a federal prison in New York since 9 June. He will take a coronavirus test before leaving.

Cohen and prosecutors have been given a week by Judge Hellerstein to arrange the terms of his release.

"Just as you wouldn't have a press conference from a jail cell, you shouldn't be able to have a press conference from your home. You can communicate, you can discuss, you can post on social media, but you can't make a confinement into a free person. You can't make a person confined in jail or at home into a totally free person. There's got to be a limit," he said.

The 53-year-old was released from prison to home confinement in May due to fears over the coronavirus pandemic.

He has served one year of his three year prison sentence for pleading guilty to lying to Congress and for campaign finance fraud. He has also admitted to other tax and bank fraud charges unrelated to the White House.