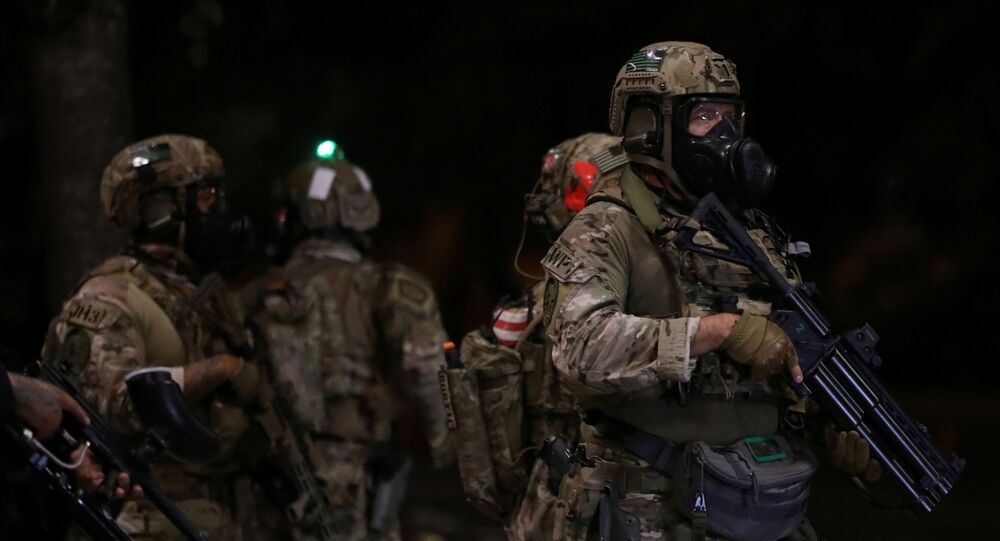 Agents from the Special Response Team of the US Customs and Border Protection (CBP) have been deployed to Seattle, Washington, under orders from US President Donald Trump's administration.

“FPS routinely requests mutual assistance from other law enforcement agencies when there are threats to federal properties. The CBP team will be on standby in the area, should they be required," read a statement issued Thursday evening by the Federal Protective Service (FPS).

This comes just a day after Trump announced Operation Legend, which, according to US Attorney General Bill Barr, "aims to immediately help our police agencies and our local leadership to prevent additional victims" of gun violence and other crimes.

Prior to the Seattle announcement, the initiative brought about the deployment of federal police to Chicago, Illinois; Albuquerque, New Mexico; and Portland, Oregon.

Democratic Mayor of Seattle Jenny Durkan expressed earlier Thursday that "any deployment" to her city would, in her view, "undermine public safety," according to the New York Times.

Department of Homeland Security spokesperson Alexei Woltornist clarified to the outlet on Thursday that "there is no large-scale deployment of personnel to Seattle at this time."

"As threats warrant, any large-scale use of law enforcement assets will involve close coordination with local law enforcement,” he said in a statement.

“There are no other cities across the country that have the same threats and lack of local law enforcement support as we are experiencing in Portland.”

Agents, including those of the FPS, US Marshals Service and the Border Patrol Tactical Unit, which functions as the SWAT team of the CBP, have been deployed to the city of Portland.

Citing CBP spokesperson Jason Givens, Crosscut reported on Tuesday that some 50 federal officers had been deployed to Portland, Washington, DC, and the Henry M. Jackson Federal Building in downtown Seattle. It appears as if the Seattle mayor had no knowledge of the federal agents' presence.

Durkan recently voiced support for Democratic Mayor of Chicago Lori Lightfoot, who took to Twitter and preemptively rejected Trump's deployment of federal officers to her city.

Mayor @LoriLightfoot was a federal prosecutor, if she needs help, she knows how to ask for it.

If the president wants to stop gun violence he should be pushing for expanded background checks and taking high capacity weapons off the streets. https://t.co/3r0UVRj5fK

However, in a Thursday letter issued to members of the Seattle City Council, the city's Police Chief Carmen Best detailed that a current council ordinance prevents officers from being able to use certain "tools" against those "engaging in criminal behavior" alongside demonstrations.

"This Council ordinance denies them access to these tools that have been an essential part of their court-approved tactics," Best alleged. "In large crowds, there is no safe way for officers to effect arrests when their colleagues do not have the tools necessary to protect them."

This memo was issued to the council after US District Judge James Robart blocked efforts by Best and Durkan to reverse a ban on the use of certain crowd control weapons.