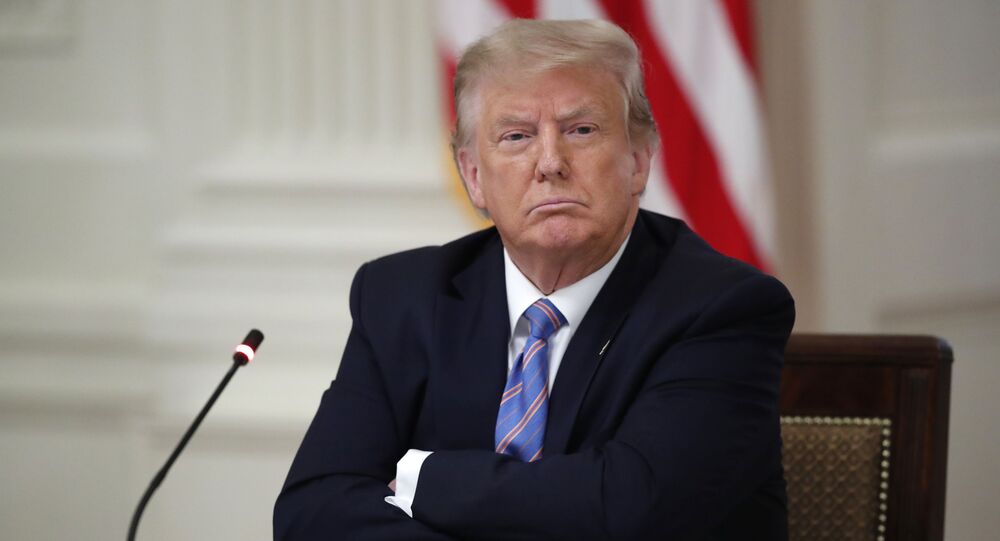 ‘Not the Right Time’: Trump Calls Off Jacksonville GOP Convention Amid COVID-19 Spike

The 2020 Republican National Convention scheduled to take place from August 24 to 27 in Jacksonville, Florida, has been canceled, according to Thursday evening remarks delivered by US President Donald Trump.

"I told my team it's time to cancel the Jacksonville, Florida, component of the GOP convention," he announced during a news conference from the White House's James S. Brady Press Briefing Room.

“To have a big convention, it’s not the right time.”

Trump explained that despite the cancellation of the Florida convention, delegates will still meet in Charlotte, North Carolina, in August to issue the party's formal presidential nomination.

An acceptance speech location has not been selected, according to the US president.

Duval County Sheriff Mike Williams, whose department oversees Jacksonville, expressed on July 20 that local authorities were "not close to having some kind of plan that we can work with that makes me comfortable that we're going to keep that event and the community safe."

“It’s not my event to plan, but I can just tell you that what has been proposed in my opinion is not achievable right now ... from a law enforcement standpoint, from a security standpoint," he said, as reported by Politico.

During his Thursday remarks, Trump said that increased cases of the COVID-19 novel coronavirus were the primary reason behind the cancellation.

"When we chose it it was not at all hot, it was free. And all of a sudden, it happened quickly. It happens quickly. And it goes away, and it goes away quickly," he said.

Republican Mayor of Jacksonville Lenny Curry echoed the sheriff's words and told reporters on Tuesday the existing security proposal for the convention "is not achievable right now."

“Any event, anything we put on in the city of Jacksonville, I have to have my sheriff telling me it can be done,” Curry said, according to The Hill.

The US president's campaign team issued a statement later Thursday evening asserting that Trump was "leading by example" and putting the "health and safety of the American people first."

‘War Come Home’: Americans ‘Should Be Absolutely Appalled’ by Trump Sending Feds to US Cities