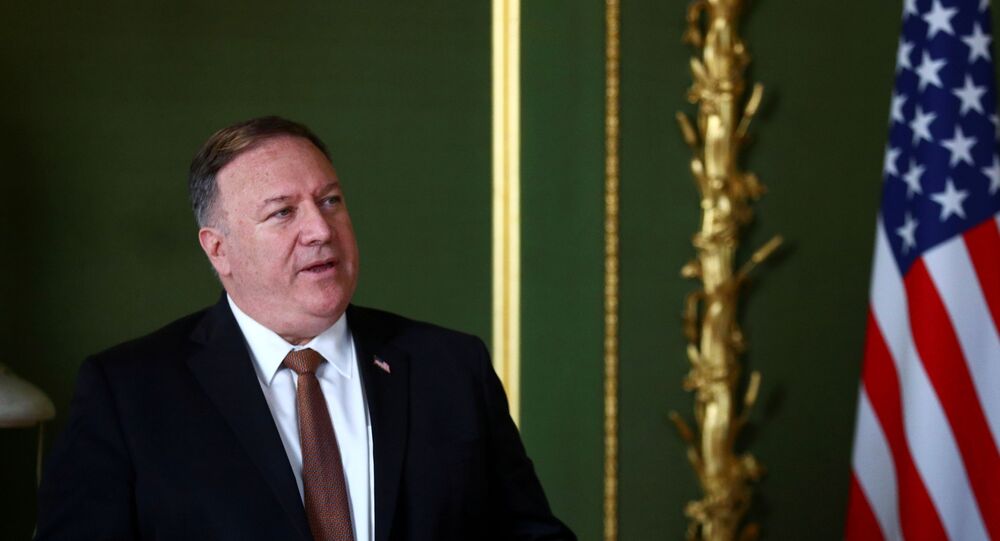 During a Thursday speech at the Richard Nixon Presidential Library in Yorba Linda, California, US Secretary of State Mike Pompeo said that the Chinese consulate in Houston, Texas, was a "hub of spying and intellectual property theft."

China has "ripped off our prized intellectual property and trade secrets, costing millions of jobs all across America. It sucked supply chains away from America, and then added a widget of slave labor," Pompeo added, also noting that one NATO ally won't stand up to China.

The ally's "timidity will harm its people, as such timidity historically has," the secretary of state added, without revealing which ally he was referring to.

"If we bend the knee now, our children's children may be at the mercy of the Communist Party ... But this isn't about containment. Don't buy that. It's a complex challenge," Pompeo added, alluding to the fact that China plays a major role in the global economy.

"Securing our freedoms from the Chinese Communist Party is the mission of our time," Pompeo added.

"We have stopped pretending Huawei is an innocent telecommunications company. We called it what it is – a national security threat – and have taken action accordingly," Pompeo noted.

The US government on Tuesday evening ordered Chinese diplomats to close the country's consulate in Houston within 72 hours.

"[China] has engaged for years in massive illegal spying and influence operations throughout the United States against US government officials and American citizens," State Department spokesperson Morgan Ortagus said on Tuesday.

The Embassy of the People's Republic of China to the US on Wednesday called the US' decision to close down the consulate in Houston a "political provocation."

"We strongly condemn and firmly oppose the abrupt demand for closure of Chinese Consulate-General in Houston," the embassy said in a Wednesday tweet. "This is a political provocation. We urge the US to immediately revoke this erroneous decision. Otherwise, China will have to respond with legitimate and necessary actions."