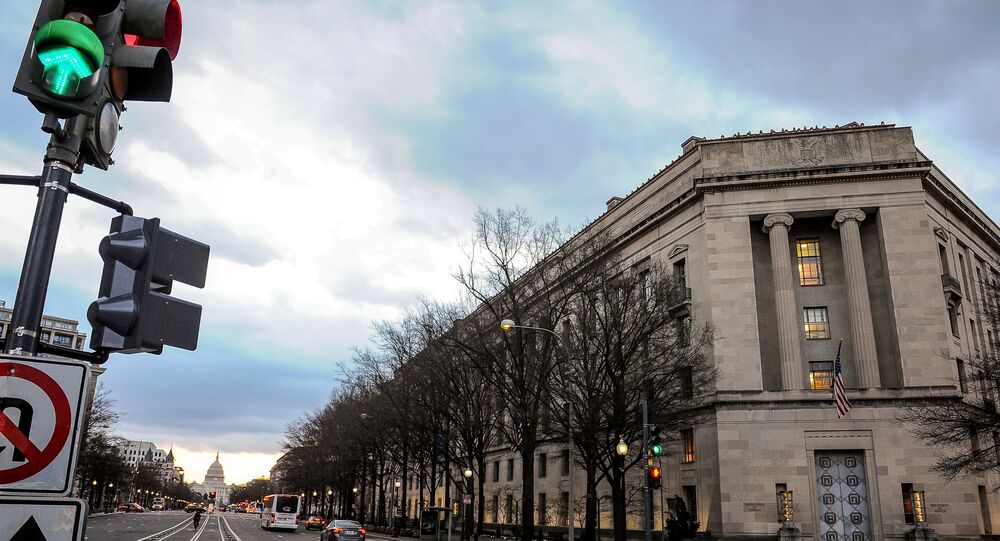 WASHINGTON (Sputnik) - The US federal authorities have arrested three Chinese researchers for failing to disclose their links to China's military, and a fourth individual is a fugitive harboured at the consulate in San Francisco, the Justice Department said in a press release on Thursday.

"Four individuals have recently been charged with visa fraud in connection with a scheme to lie about their status as members of the People’s Republic of China’s military forces, the People’s Liberation Army (PLA), while in the United States conducting research", the release said. "Three of these individuals have been arrested and the Federal Bureau of Investigation (FBI) is seeking the fourth who is a fugitive from justice currently being harboured at the Chinese Consulate in San Francisco".

The release said the FBI has conducted interviews in more than 25 cities in the United States with other visa holders suspected of having connections to the Chinese military.

Each individual charged with visa fraud faces up to ten years in prison and a fine of up to $250,000, the release said.

On Tuesday, the Justice Department unveiled an indictment against two Chinese hackers that allegedly targeted companies in at least ten countries.

The US government has ordered China to leave the diplomatic premises in Houston by Friday over intellectual theft concerns.

In response, the Chinese Foreign Ministry's spokesperson, Wang Wenbin, called on the United States to immediately abolish the decision, adding that otherwise, Beijing will retaliate.