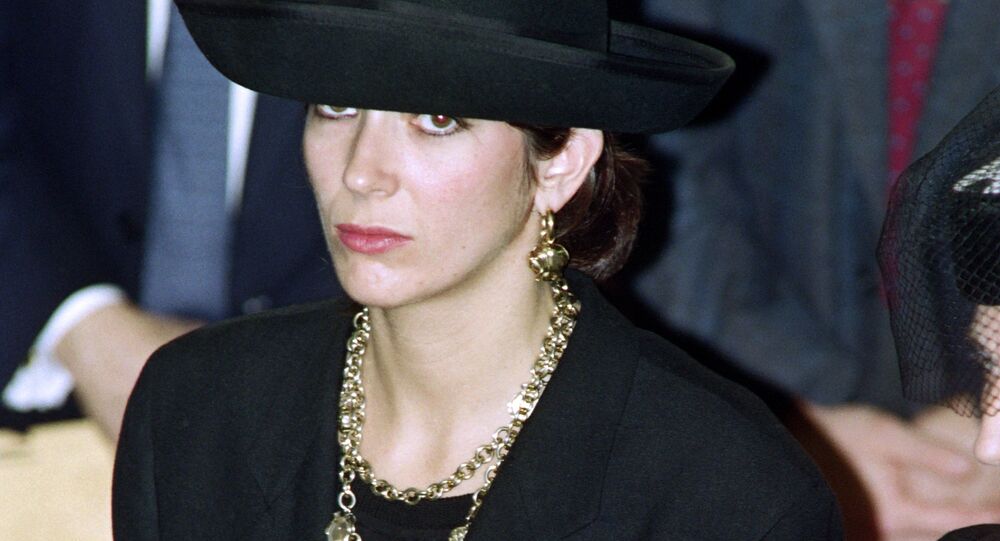 In September 2015, Virginia Roberts, now Giuffre, filed a defamation lawsuit against Jeffrey Epstein’s alleged “madame” Ghislaine Maxwell, which was eventually settled two years later. However, some materials in the case remained subject to a protective order.

US District Judge Loretta Preska gave one week to Jeffrey Epstein's associate Ghislaine Maxwell to appeal the release of some documents related to the 2015 civil lawsuit brought against her by the financier's alleged "sex slave", Virginia Giuffre Roberts, according to Reuters.

Earlier Reuters reported that Judge Preska authorised the release of the documents in question, but now it appears that Maxwell's legal team has asked the court for a "brief stay" to appeal the decision.

The Manhattan judge's move to authorize the publication of materials from the Roberts Giuffre-Maxwell defamation lawsuit was made during a Thursday hearing which was set to decide whether the 80 documents in question should be released.

The Roberts Giuffre-Maxwell defamation lawsuit was launched by Epstein's alleged sex trafficking victim back in September 2015 and settled two years later, but some materials in the case remained classified.

A number of individuals, including attorney and former Harvard professor Alan Dershowitz have been trying to get the protective order removed, with Dershowitz fighting a separate defamation case against Giuffre. Dershowitz insisted that the materials from the 2015 case will help him in his own lawsuit, but the legal teams of Maxwell and a mysterious individual referred to by the court as “John Doe”, strongly opposed the public release of the documents.

It is believed that these long-anticipated documents include Maxwell's 2016 deposition testimony, where she was asked "intrusive" questions relating to her private life, according to her legal team, as well as police reports from Palm Beach, where Epstein had a house and spent a large amount of time, as well as flight logs from the financier's private jets. It was previously suggested that the materials could potentially incriminate some well-known individuals associated with convicted sex offender Epstein and his alleged sex trafficking activities.

Maxwell's lawyers maintained that publication of documents may expose certain "non-parties" associated with the socialite or her convicted friend Epstein, cause public embarrassment to the woman or even "inappropriately influence potential witnesses or alleged victims".

Following a legal motion by Maxwell's team, which will now dispute the documents' release in the federal court of appeals, these files will not be released immediately, according to Judge Preska. However, if published in the end, all "personal identifying" info, as well as the names of "non-parties" mentioned in the docs, will be redacted, the judge said.

British socialite Ghislaine Maxwell was arrested on 2 July at her home in New Hampshire. She is currently being held in jail in Brooklyn, facing criminal charges for allegedly helping her close friend Epstein to “recruit, groom and ultimately abuse” underage girls. On 10 July, Maxwell pleaded not guilty to all the charges brought against her.

© REUTERS / JANE ROSENBERG
Fate of Ghislaine Maxwell’s Sex Secrets Hangs in Balance at US Court
Both Maxwell and Epstein had been long socialising in close circles with a number of prominent figures, including former US President Bill Clinton, US President Donald Trump and British royal Prince Andrew. Queen Elizabeth's son has also been accused of having sex with Virginia Robert Giuffre on at least three occasions while she was 17 years old; claims that he has denied.

Jeffrey Epstein was found dead in his prison cell in August 2019 while awaiting trial on sex-trafficking charges, one day after some documents related to Maxwell's deposition testimony had already been released to the public. Epstein's death was ruled a suicide by health authorities, but many conspiracy theories about his death continue to circulate online.