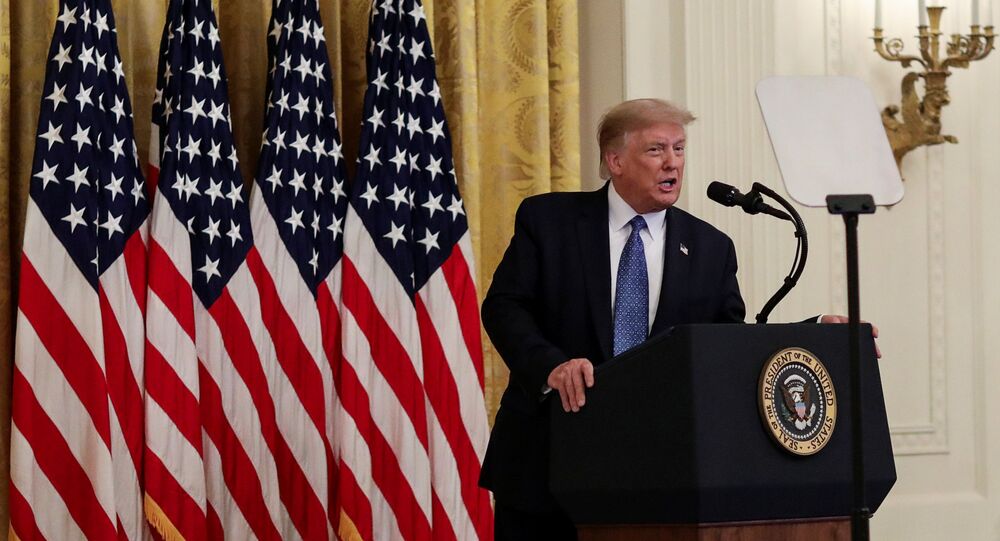 The issue of race has become a centerpiece of the US presidential election after the death of George Floyd rekindled public debate about social justice and systemic racism. Joe Biden and Donald Trump have been accusing each other of doing too little, or doing wrong, on the sensitive subject.

Democratic candidate Joe Biden has claimed that his rival Donald Trump is the first racist to win the presidency.

“The way [Trump] deals with people based on the colour of their skin, their national origin, where they’re from, is absolutely sickening,” Biden told a virtual town hall hosted by the Service Employees International Union on Wednesday.

“No sitting president has ever done this,” he added. “No Republican president has done this. No Democratic president. We’ve had racists, and they've existed. They’ve tried to get elected president. He’s the first one that has.”

Katrina Pierson, a senior adviser for the Trump campaign, hit back by saying that “no one should take lectures on racial justice from Joe Biden.”

Joe Biden’s claim appears to contradict both historians and racial justice protesters who are calling for the removal of the legacy linked with racism, slavery, and colonialism.

For instance, a total of 12 former US presidents owned slaves, including eight who did so while in office, according to the History channel. Among them were the nation’s first president George Washington and the principal author of the Declaration of Independence, Thomas Jefferson.

Woodrow Wilson, for example, resegregated federal offices and referred to black people as an “ignorant and inferior race”, while Andrew Jackson authorised the forced removal of Native Americans from their historical territory and Franklin Roosevelt incarcerated Americans of Japanese, German and Italian descent in concentration camps.

Race and racial justice have come to the fore of the presidential election, with Joe Biden, the would-be Democratic nominee, promising to address institutional racism in his first 100 days in office if he gets elected.

Donald Trump, who has long faced accusations of racism from the left, insists that he had done more for black people than Biden. The White House incumbent has heaped particular praise on his criminal justice reform, the creation of “opportunity zones” in distressed areas, and low unemployment levels in the black community.