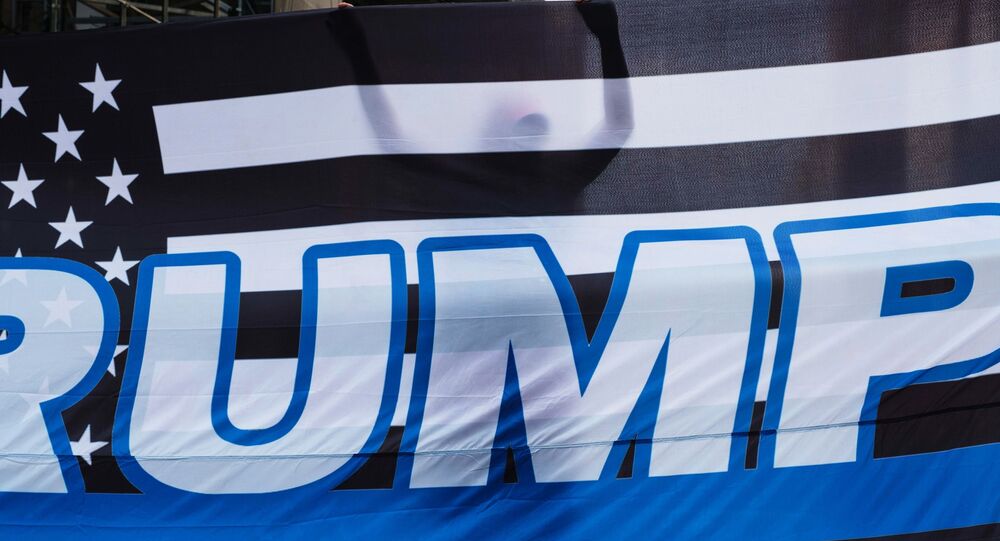 Black Lives Matter protests have been ongoing in Miami, Florida for weeks, triggered by the killing of George Floyd, an African American ex-convict, in Minneapolis in late May.

One of the organisers of the BLM protests in Miami, Jonathan Gartrelle, was arrested on Monday for allegedly stealing two pro-Trump flags, the Miami Herald reported on Thursday citing the detained demonstrator who has since been released after posting a bond.

According to the report, Gartrelle is facing charges of strong-arm robbery and escape, resisting an officer without violence and obstructing a public street.

The 31-year-old protester, however, claims that he simply took two pro-Trump flags from parked cars and threw them on the ground.

“Their goal is to have me in jail for two weeks, get beaten up by some officers, and distract from the movement”, he was quoted by the media outlet as saying.

Black Lives Matter is a non-centralised, grassroots movement that sprung up in the early 2010s in response to police brutality and the killings of black Americans in the United States.

The movement gained traction after the murder of African American ex-convict George Floyd by a police officer in Minneapolis in May.