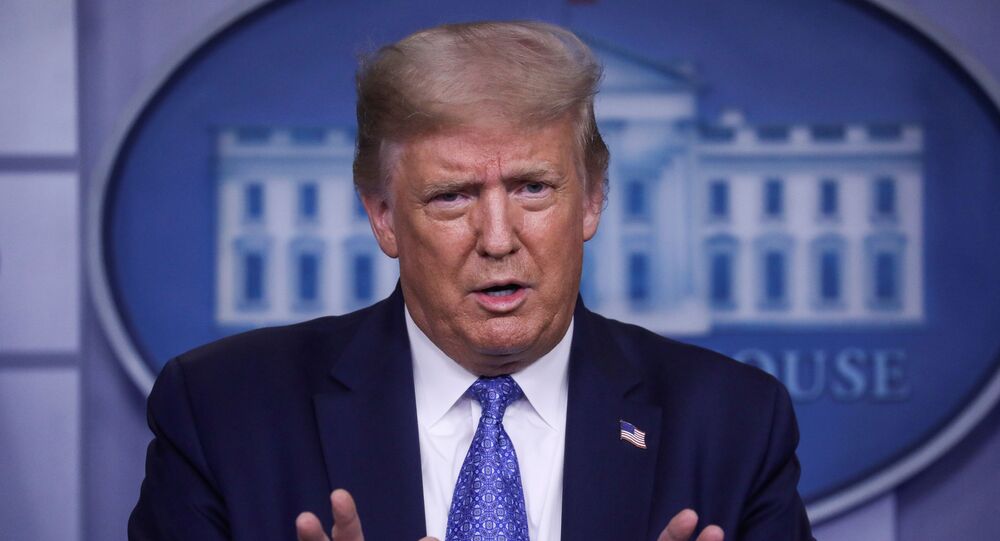 Before ending his daily news conference on the COVID-19 novel coronavirus, US President Donald Trump expressed that he has "done more for Black Americans" than any other president except Abraham Lincoln, who declared "that all persons held as slaves" were to be freed under the Emancipation Proclamation.

"I've done more for Black Americans than anybody, with the possible exception of Abraham Lincoln; nobody has even been close," he noted during the final question of his news conference in the White House's James S. Brady Press Briefing Room.

"Thank you very much everybody."

Responding to comments recently made by Democratic presidential candidate and former Vice President Joe Biden, Trump argued that, prior to the pandemic, Black unemployment was at a record low. He also expressed that Biden failed to pass a criminal justice bill while in the White House with President Barack Obama.

Q: What's your response to Joe Biden calling you the first racist president?

Trump: We did criminal justice reform, Opportunity Zones and black unemployment was record low. He adds, "I've done more for black Americans than anybody with the possible exception of Abraham Lincoln."

Trump's remarks came as a response to a Wednesday interview in which Biden said that 45 is the first racist to run for president of the US and be elected to office.

The former vice president argued to the Washington Post that “the way [Trump] deals with people based on the color of their skin, their national origin, where they’re from, is absolutely sickening.” He noted that Trump's insistence on calling the novel coronavirus the "China virus" further proved this.

“No sitting president has ever done this,” Biden said. “Never, never, never. No Republican president has done this. No Democratic president. We’ve had racists, and they’ve existed, they’ve tried to get elected president. He’s the first one that has.”

This is not the first time Trump has referred to himself as the savior of Black Americans. Just last month the US president expressed via social media that his administration has succeeded in guaranteeing funding for historically Black colleges and universities, reducing poverty, lowering the crime rate and addressing a number of other issues related to the Black community.

“My administration is delivering for African Americans like never before," he said during a March 2 campaign rally in Charlotte, North Carolina. "No President has done more for our Black community.”

Trump 'Comfortable’ With His Young Son, Grandchildren Returning to School

US House Votes to Remove Confederate Statues From Capitol Building