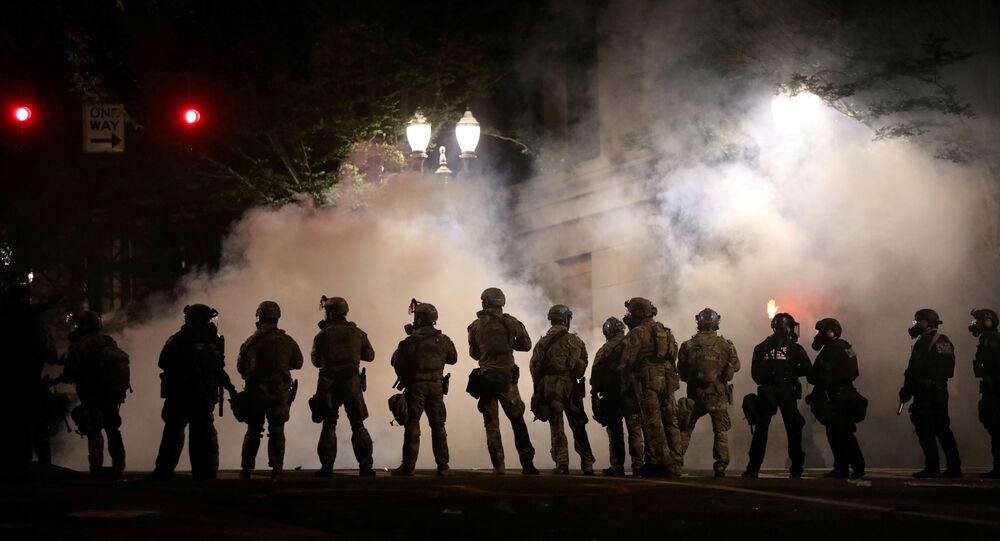 US President Donald Trump revealed during a Wednesday afternoon news conference that he will "immediately surge federal law enforcement" to Chicago, Illinois, following the recent uptick in gun violence in the city.

"No mother should ever have to cradle her dead child in her arms just because politicians refuse to do what is necessary to secure their neighborhood and to secure their city," the US president said while delivering remarks on "Operation Legend: Combating Violent Crime in American Cities" in the White House East Room on July 22.

Trump expressed that a number of other cities in the US need federal intervention in addition to Chicago, such as Albuquerque, New Mexico.

He added that "we will be there with full force" if other cities request assistance from the federal government.

Trump argued that leaders are either "too proud" or "too political" if they refuse assistance from federal officers acting on executive orders.

Chicago Mayor Lori Lightfoot took to Twitter Tuesday night to publicly announce that "Donald Trump's troops" are not permitted to come to the city and "terrorize our residents."

US Attorney General Bill Barr announced at the Wednesday news conference that Operation Legend "aims to immediately help our police agencies and our local leadership to prevent additional victims" of gun violence and other lethal crimes.

He noted that over 200 federal agents were deployed to Kansas City, Missouri, under the government initiative and a similar amount of federal authorities will be sent to Chicago.

At least 35 federal agents were also deployed to the city of Albuquerque. Trump specified Wednesday that the officers would be from the Federal Bureau of Investigation, Bureau of Alcohol, Tobacco, Firearms and Explosives, Drug Enforcement Administration and the US Marshals Service.

The Chicago Police Department has confirmed that at least 15 people - 10 women and five men - were shot outside a Chicago funeral home on July 21. The victims were taken to five different hospitals. At least six of those transported to a hospital were reported to be in serious condition.

"As the people were coming out of the funeral home, the shots rang out like they were literally raining on them," a witness told local news outlet WLS.

Trump: COVID-19 Pandemic ‘Will Probably Get Worse Before It Gets Better’