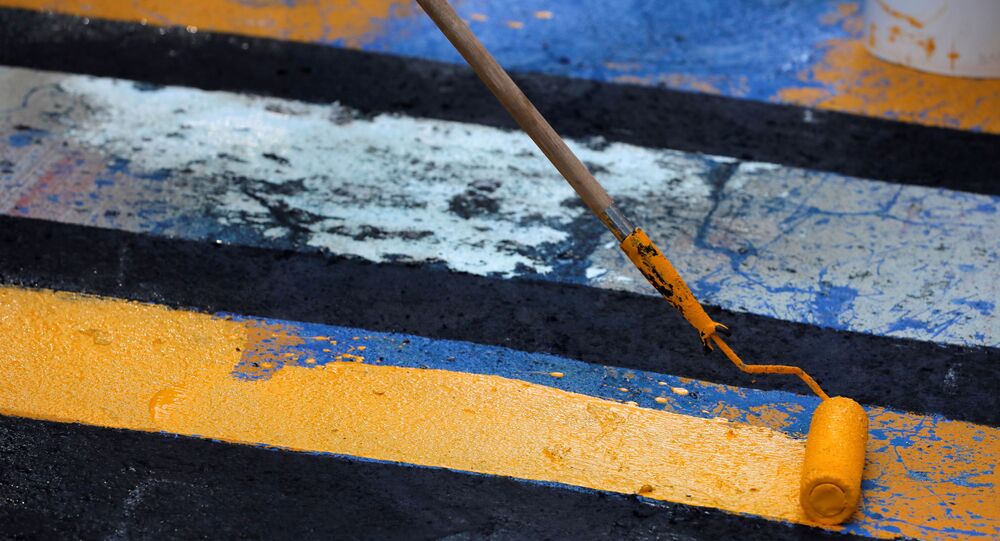 In the wake of protests following George Floyd's death, Black Lives Matter activists have been painting murals on roads all across the United States.

Redwood City in San Franciso's Bay Area has washed away a yellow BLM mural after a local resident requested that a "MAGA 2020" ("Make America Great Again 2020") be painted on the same street, local media reported.

Maria Rutenberg, a real estate attorney, contacted the city authorities on Thursday asking them for a similar sign on Broadway Street.

"I saw 'Black Lives Matter' sign appearing on Broadway Street on the asphalt and I figured that's gonna be a new public space, open for discussion, and I wanted to get my message out, too", Rutenburg explained.

The author of the BLM sign, Dan Pease, received permission from the authorities to put it on the street and was even supplied with paint by them, and hoped the mural would last as long as the paint was visible. He also said he did not view it as a political statement.

The city said the sign could cause traffic accidents, but local residents assumed the authorities removed it because they feared it would cause a political fight.

Similar BLM murals have been painted in other parts of the US, including New York City, where Mayor Bill de Blasio commissioned a BLM inscription on Fifth Avenue directly outside the Trump Tower. The mural has already been covered with paint for the third time, local police said.