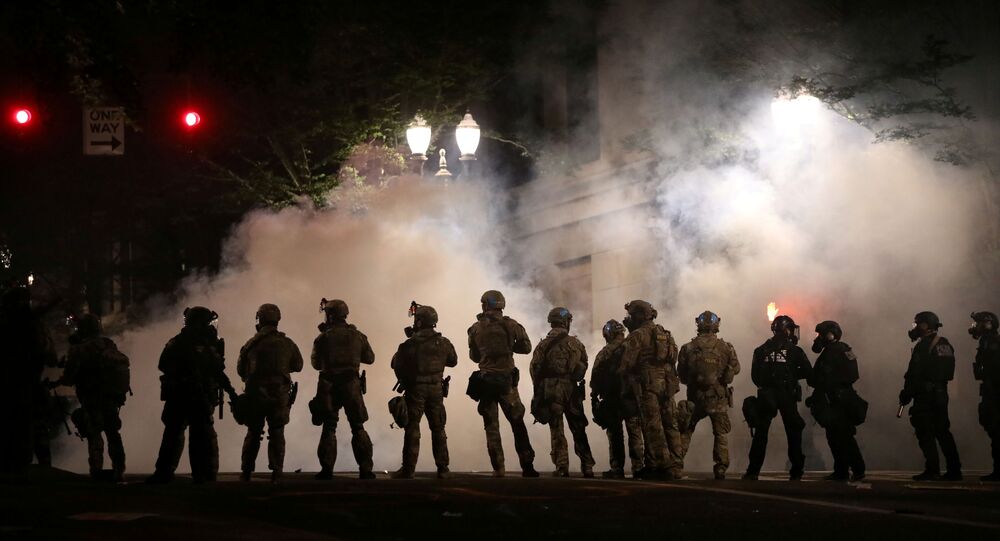 NEW YORK (Sputnik) - New York City Mayor Bill de Blasio said on Tuesday he will immediately take US President Donald Trump to court if he proceeds with sending federal law enforcement agents into the city to address an uptick in violence.

"If you tried to do it, it would only create more problems, it would backfire, would not make us safer and we would immediately take action in court to stop it", de Blasio said during a press conference.

De Blasio suggested avoiding overrating Trump’s statements as they are "often not true."

However, the mayor said if Trump continued to send federal law enforcement in the city, he would take legal action against such actions.

"From my point of view, this would be yet another example of illegal and unconstitutional actions by the President, and we have often had to confront him in court, and we usually win", the mayor added.

The Trump administration federal agents to Portland last week to help quell civil unrest. The move has drawn criticism after reports emerged saying that federal officers, without badges or name tags, have detained protesters - and rioters - in an extrajudicial manner.

On Monday, Trump said he was seeking to send more federal agents to other major US cities experiencing a significant uptick in violence such as in Chicago and New York City.