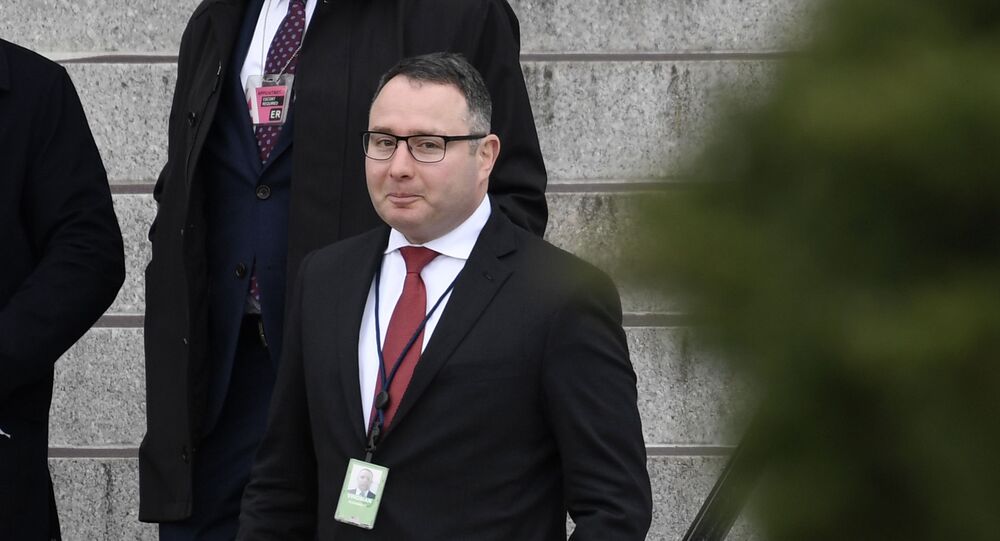 WASHINGTON (Sputnik) - The Pentagon's acting inspector general should launch an investigation into allegations that the US administration tried to retaliate against Army Lieutenant Colonel Alexander Vindman over his testimony during President Donald Trump's impeachment proceedings, House Democrats wrote in a letter on Tuesday.

The three members of Congress urged O'Donnell to open an investigation into what they claimed was a concerted effort by the Trump administration to retaliate against Vindman in the impeachment proceedings against Trump last year. The Senate voted down the impeachment.

"Retaliation against a talented and dedicated war veteran is completely unacceptable and sends the wrong message to our fellow Americans in uniform about the oaths they take to defend and protect the Constitution", the letter said.

The three members of Congress requested O'Donnell to investigate Vindman's employment, career opportunities and promotion Vindman following his testimony before Congress and whether they were influenced by White House officials. On 8 July, Vindman submitted his request for retirement from the US Army.

Vindman during his impeachment testimony has stated that he personally heard the phone conversation between Trump and Ukrainian President Volodymyr Zelensky. He described Trump’s request during the call to investigate former Vice President Joe Biden for corruption as "improper".