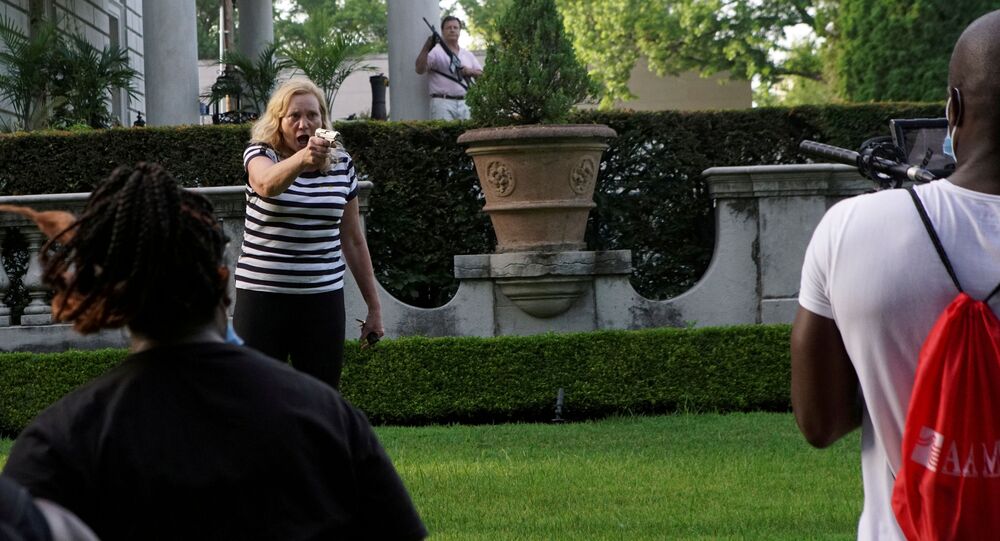 Charges of felony unlawful use of a weapon were brought by St. Louis' prosecutor against two local residents in their 60s following an incident that took place last month.

Missouri Attorney General Eric Schmitt has requested the Court to dismiss the charges against Mark and Patricia McCloskey, who pointed firearms at protesters heading toward the St Louis mayor's house on 28 June.

"The right to keep and bear arms is given the highest level of protection in our constitution and our laws, including the Castle Doctrine, which provides broad rights to Missourians who are protecting their property and lives from those who wish to do them harm", Schmitt said in a statement obtained by Fox News on Monday.

Missouri is one of the US states that recognises the "Castle Doctrine", which provides a legal defence for residents who use lethal force to protect their home against intruders.

According to Schmitt, the McCloskeys stood up for their property and safety, adding that he "won't stand by while Missouri law is being ignored".

Mark McCloskey told local media that he and his wife feared for their lives as at least 100 protesters emerged on their private street. They asked them to leave, but the crowd responded with threats, according to police reports.

"It was like the storming of the Bastille, the gate came down and a large crowd of angry, aggressive people poured through", Mark McCloskey said. "I was terrified that we'd be murdered within seconds."

As the McCloskeys saw multiple protesters were armed, they armed themselves and called 911, the police said.

St Louis Circuit Attorney Kim Gardner refused to discuss why she thought the Castle Doctrine did not apply in McCloskeys' case.  She earlier insisted that the McCloskeys, who are both personal injury lawyers, had waved weapons "in a threatening manner" and recommended a "diversion program" instead of jail for them.

Both President Donald Trump and Missouri Governor Mike Parson have objected to Gardner's move to charge the couple. Parson even said he would pardon the McCloskeys if they were convicted.