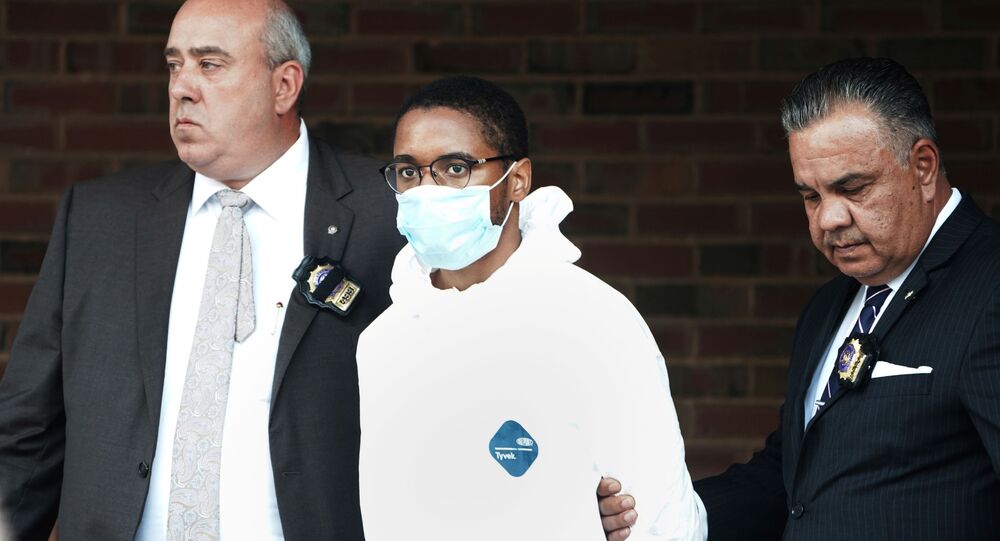 Fahim Saleh, who was a self-made millionaire from Bangladesh and the creator of the Nigeria-based motorbike hailing service Gokada, was discovered dead on Tuesday by his cousin. According to reports, Saleh’s body was cut into multiple pieces and packed in bags, while an electric saw was plugged in nearby.

An ex-assistant has been charged for the gruesome killing of millionaire and tech CEO Fahim Saleh, who was found decapitated and dismembered last week. Authorities have arrested Tyrese Haspil, who was reportedly fired for stealing $90,000 from his boss, and charged him with second-degree murder.

© REUTERS / Temilade Adelaja
Fahim Saleh, Co-founder/CEO of Gokada explains his company's operation during an interview with Reuters in Lagos, Nigeria May 3, 2019

CCTV footage showed a man, suspected of being Haspil, wearing a black suit and mask in an elevator going up to Saleh's apartment. According to the Daily News, citing law enforcement officials, Haspil used a Taser on Saleh and then stabbed him to death.

This is Fahim Saleh’s PA, Tyrese Devon Haspil, who was caught on CCTV buying the cleaning supplies, electric saw and taser used in his murder.pic.twitter.com/c1495TlKX9

​The next day, he used a credit card to rent a car to buy an electric saw and cleaning supplies in a bid to hide the body and traces of the murder. He then cut off Saleh’s head and other limbs, but had to flee through a backdoor when his victim’s cousin arrived at the crime scene.