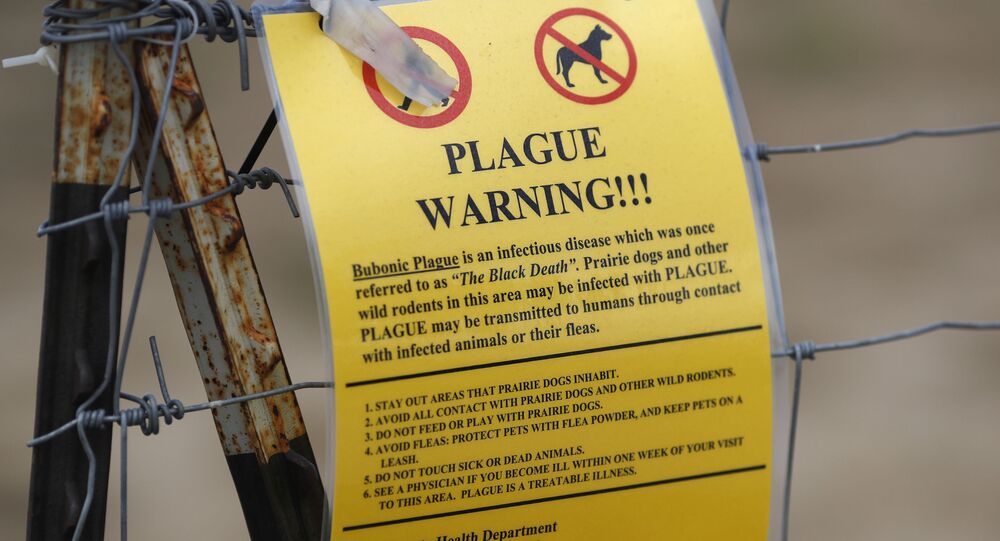 MOSCOW (Sputnik) - Colorado has confirmed the first case of human plague infection since 2015, the western US state’s Department of Public Health and Environment has said.

"Plague has been found this summer in animals in limited access areas of Adams and Broomfield counties. In addition, the first case of human plague infection in the state since 2015 was diagnosed earlier this summer in a resident from southwest Colorado who had exposure to sick squirrels," the department said in a press release.

The individual in question had "septicemic plague, which is in the blood and cannot be spread to other people" and has already recovered, with no further cases detected.

Dr. Jennifer House, state public health veterinarian, noted that plague has been present in Colorado since the 1940s and circulates among wild rodents.

"While we see most plague activity during the summer, the disease can be found in rodents year-round and sometimes spills over into other wildlife species as well as domestic cats and dogs," House added.

The department urged local residents to take precautions to protect themselves and their pets and not to directly handle any wild animals.

Despite being deadly if left untreated, the disease can be successfully treated with antibiotics in both people and pets, according to the press release.

Deutsche Bank: Supervolcano Eruption or Worse-Than-COVID Plague Will Likely Hit Us Over 10 Years

Fears Over Second 'Panda Pandemic' Grow But Should You Worry About China's Bubonic Plague Cases?