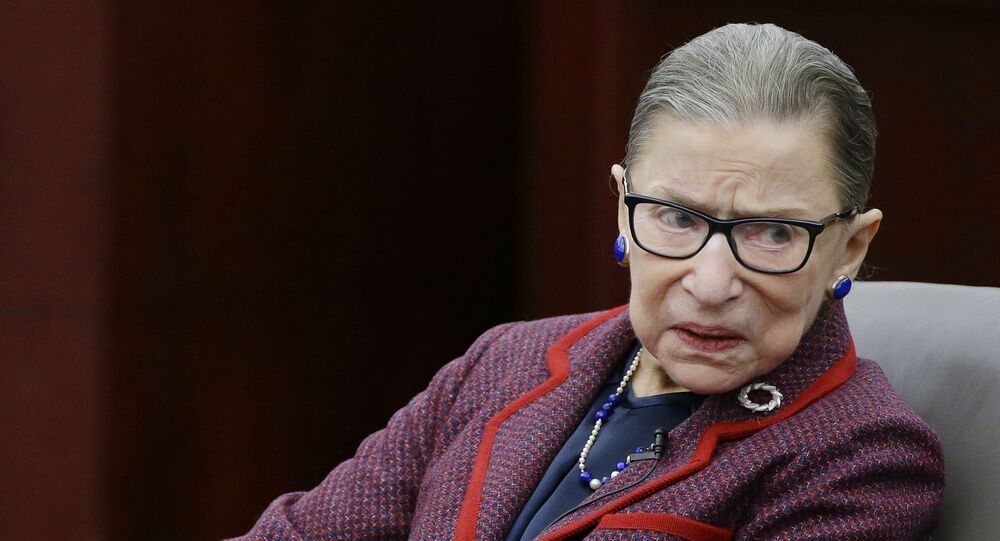 Justice Ruth Bader Ginsburg has suffered at least three previous bouts of cancer over the past twenty years including colon, lung and pancreatic cancer. Supreme Court judges in the US serve until they die or voluntarily retire.

US Supreme Court Justice Ruth Bader Ginsburg announced that she is undergoing treatment for a recurrence of cancer on Friday.

The 87-year-old said that she is “fully able” to continue in her post in a statement issued by the Supreme Court.

“I have often said I would remain a member of the Court as long as I can do the job full steam. I remain fully able to do that,” she said.

She began a course of chemotherapy on 19 May after receiving results from a biopsy in February that revealed lesions on her liver.

She said that her most recent scan on 7 July indicated “significant reduction of the liver lesions and no new disease.”

Earlier this week she was admitted to John Hopkins Hospital in Baltimore after having fever and chills and was released a day later.

She was also in hospital in May where she underwent a nonsurgical treatment for a benign gallbladder condition and participated in the Supreme Court’s oral arguments from her hospital bed.

Ginsburg is one of the Supreme Court’s nine justices, five of whom are conservative,  including Neil Gorsuch and Brett Kavanaugh, who were appointed by President Donald Trump.

Ginsburg’s continued service at the Supreme Court is seen as crucial by Trump’s Democrat rivals who have accused the Republican president of attempting to tilt legal decisions of the apex court in his favor with the appointment of conservative judges to its panel. Trump has, however, seen some legal setbacks recently in decisions made by the Supreme Court.

Trump, who’s seeking reelection in November, called for new justices to be appointed to Supreme Court last month and pledged to release a new list of potential nominees after a couple of rulings against his administration.