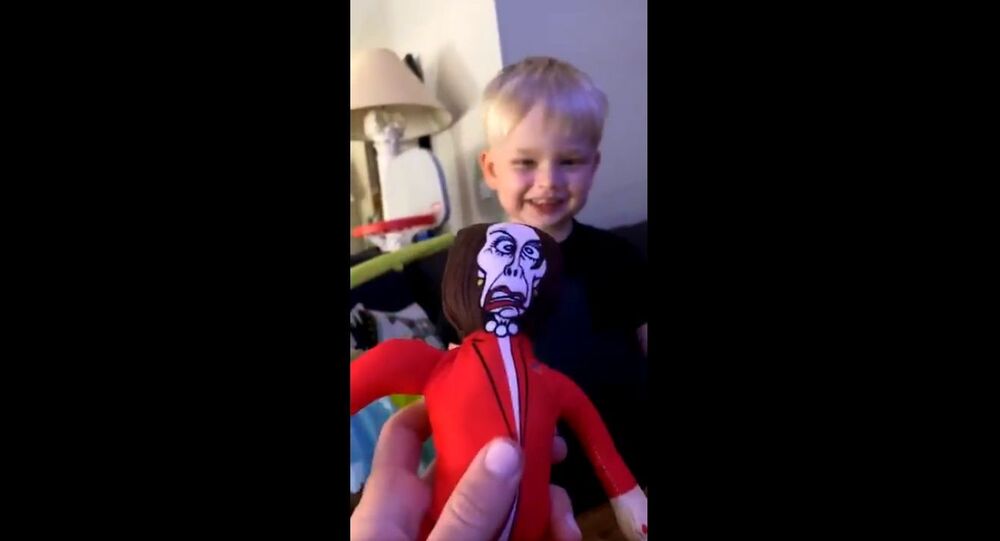 The video of Lara Trump’s dog tearing up a doll called Nancy that somewhat resembles the House Speaker was met with condemnation - and some praise - on social media.

House Speaker Nancy Pelosi is not welcome in the Trump house in any of her iterations, be it in the flesh or in knitted form.

Lara Trump has posted a video of her beagle Ben violently chewing on a doll of the 80-year-old Democrat, who has established herself as one of Donald Trump's most high-profile political opponents.

“Hey, Luke, what’s the doll called that Ben has?” she asks her 2-year-old son, with daughter Carolina sitting nearby.

The boy replies, “Nancy!” as Lara brandishes the caricature version of Madam Speaker, clad in a red suit and pearls.

“Nancy is a big hit at our house!” Lara Trump, the wife of Donald Trump’s son Eric and the president’s campaign surrogate, wrote alongside the video.

And while some users criticised Trump for teaching her child the wrong kind of behaviour, others were more enthusiastic.

“Politically incorrect dogs are the best,” one commenter wrote.

“Looks like my damn it doll!” another said. “I beat the heck out of it regularly.”

Big hit at our house too! pic.twitter.com/rwyqbYxq6I

Omg 😳 that is the BEST DOG EVER!

Hahaha. The facial likeness is like a photograph 😂.
Trump2020 ❤️🇺🇸❤️