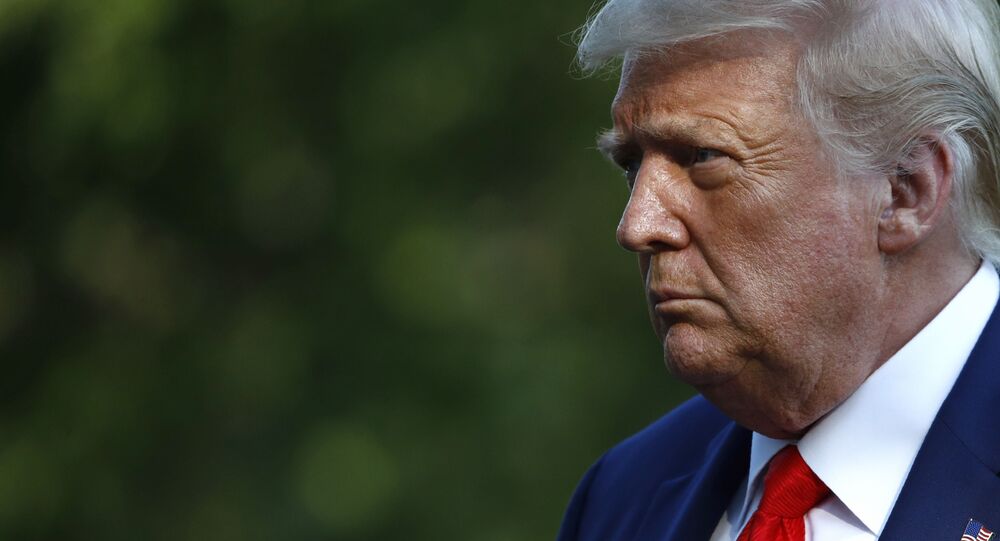 Despite the efforts of Trump's family to block the release of his niece's bombshell memoire, the book still saw the light this week. Almost 1 million copies of “Too Much and Never Enough: How My Family Created the World’s Most Dangerous Man” have already been sold on the first day of its release, setting a new record for its publisher.

Donald Trump, who calls himself “the least racist person” in the world, has used anti-Semitic expressions in the past and the N-word, his niece claimed during a Thursday interview with MSNBC’s Rachel Maddow, according to the show’s preview, aired on NBC Nightly News.

Mary Trump, the daughter of the president’s late brother Fred Trump Jr., is currently promoting her “Too Much and Never Enough: How My Family Created the World’s Most Dangerous Man” memoir detailing Donald Trump’s upbringing.

During the interview, she was specifically asked by Maddow whether she has ever heard her uncle expressing “anti-Semitic slurs or other sentiments like that” in family conversations, to which the 55-year-old Trump replied: “Oh yeah, of course I did”. She then confirmed to the host that she heard the president using “the N-word” as well in the past.

“And I don’t think that should surprise anybody, given how virulently racist he is today,” Mary Trump also said.

The bombshell book of the trained clinical psychologist was released on Tuesday, with 950,000 copies of the tell-all biography being sold just on the first day of its release, according to its publisher Simon & Schuster.

“Too Much and Never Enough” is set to provide insights into how the America’s 45th president was raised and nurtured, making some bombshell claims about Trump’s complicated relationship with his father and the president’s alleged cheating on his SATs (the allegation that has already been disputed); as well as his “twisted” values and evaluation of people only in “monetary terms”. Other controversial claims and phrases attributed to the president have also been widely discussed by his niece’s work.