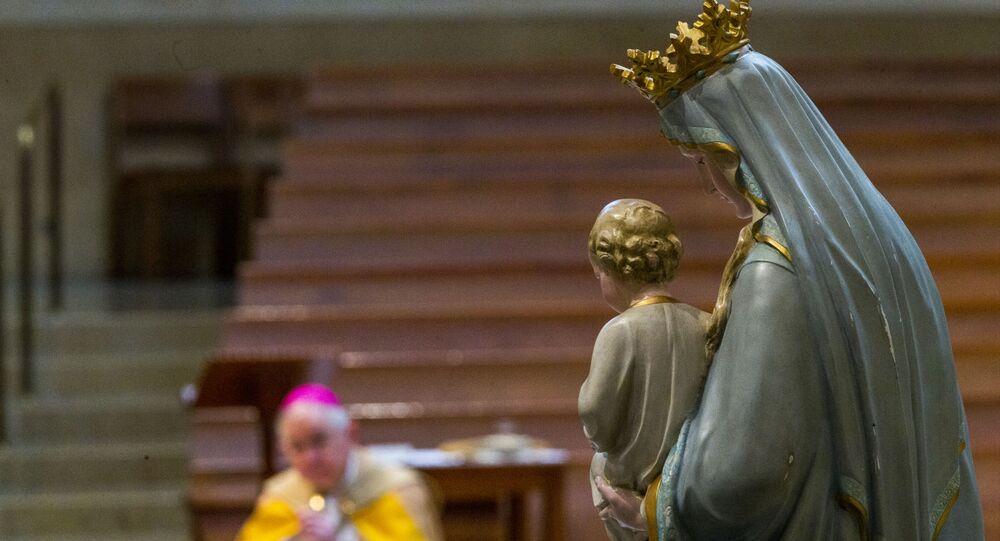 Earlier in Boston, a Blessed Virgin Mary statue was targeted by vandals, who set parts of the monument on fire, scorching the face and body of the statue. A similar attack occurred in Brooklyn, in which the word "IDOL" was smeared on a statue of the Virgin Mary.

The Miami Archdiocese has called for local police to treat the beheading of a statue of Jesus Christ in a south Florida church, as a hate crime, local media reported.

“Investigate this desecration as a hate crime. This is another attack on the Catholic Church which is happening across the country", the Archdiocese of Miami said in an interview to Local 10 News in Florida.

The calls come after a statue of Jesus Christ in southwest Miami-Dade area Good Shepherd church was decapitated and knocked off its pedestal. An investigation was launched, and the parish hopes that surveillance video will help to identify the vandal.

Jesus statue found vandalized at a church in Kendall. The Archdiocese of Miami wants it investigated as a hate crime @WPLGLocal10 pic.twitter.com/8Xvf0Yhmvk

​Father Edvaldo DaSilva, the church's parochial-vicar, condemned the vandalism, while suggesting that the damage done to the statue would strengthen the faith of those in the Christian community.

“As a Christian community, we pray for those that have done that that the Lord will forgive them and grant them the gift of conversion,” DaSilva said.

According to local media, after the incident occurred, a sign that read “God wins over evil” and a vase with flowers was placed where the statue once stood.

This is not the first time that Catholic statues in the United States have been attacked, as monuments to the Virgin Mary were vandalised in Boston and Brooklyn, while the Queen of Peace Catholic Church in Ocala, Florida, was set on fire by a man who crashed into the church in a minivan.