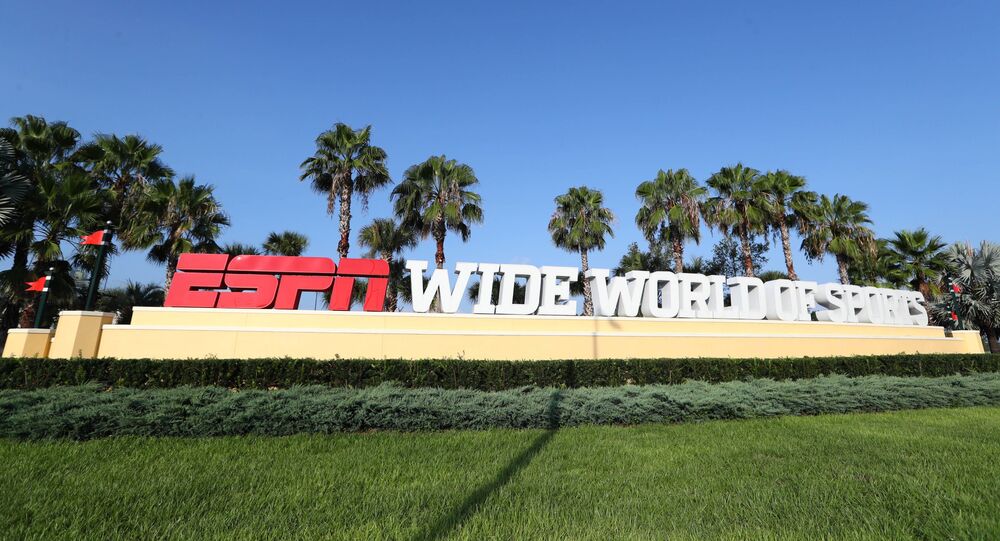 ESPN has condemned the leak of a conversation between one of their star hosts and an unnamed man. The conversation includes Rachel Nichols reportedly discussing her career, as well as other members of the network.

A secret recording of ESPN host Rachel Nichols having a private conversation about personnel matters at the network while in a Florida hotel room was sent to Deadspin in an anonymous message on Tuesday, the outlet reports.

ESPN responded in a statement to the leak, saying that they were “extremely disappointed” and describing the video as "indefensible and an intrusion on Rachel's privacy".

“As for the substance of the conversation, it is not reflective of our decision-making on staffing assignments for the NBA, which has largely been driven by the circumstances of the pandemic", the statement read.

Earlier, it was reported that the 46-year-old host of ESPN’s 'The Jump', was apparently unknowingly taped in a series of four videos which were reportedly made on a mobile video feed.

Nichols, whose face is not seen, can be heard talking to an unnamed man regarding several internal issues, including her career, colleagues, and details about network’s coverage of the upcoming NBA (National Basketball League) Finals as the league looks to restart at Walt Disney World in Orlando, Florida.

Deadspin claims that the videos are shot in such a way that Nichols is “clearly unaware” that she is being recorded, as she speaks on the phone.

Anonymous sources told the network that an unidentified ESPN employee filmed the video feed on a phone before issuing it to colleagues. Whether someone currently working for ESPN sent the videos to Deadspin is currently unknown.

Deadspin claims that the anonymous source who sent the leaks said they were attempting to “expose” Nichols and portray her as a “back-stabber".

The incident is not the first time a notable female employee of ESPN was unknowingly recorded in a hotel room.

In 2008, Erin Andrews was filmed in secret as she changed clothing in private rooms in Nashville and Milwaukee. A 46-year-old man, Michael David Barrett, was arrested the following year and sentenced to two and a half years in jail.