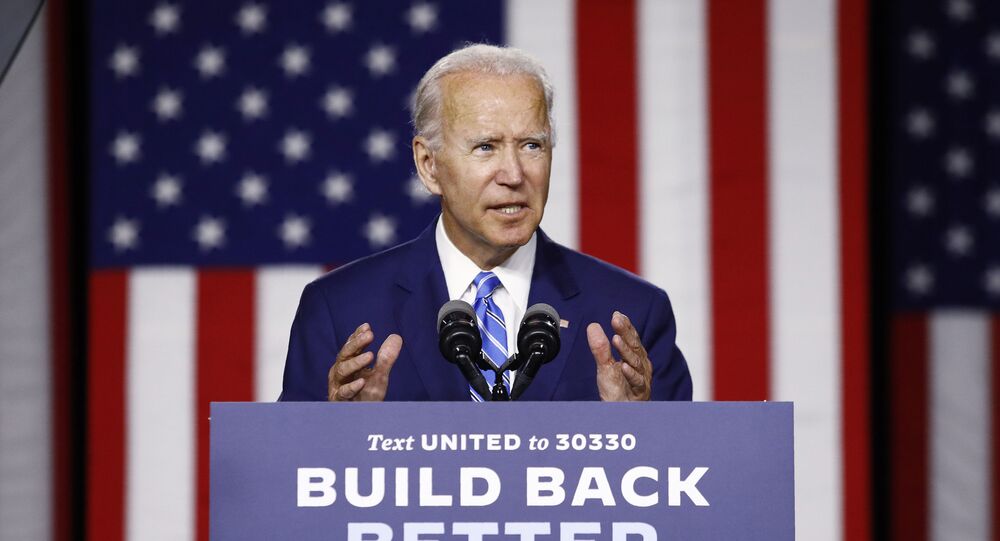 WASHINGTON (Sputnik) – Presumed Democratic presidential candidate Joe Biden registered an 11-point lead over President Donald Trump amid a surge in Americans who fear the nation is moving in the wrong direction, a new NBC/Wall Street Journal poll showed on Thursday.

“The poll shows Biden ahead of Trump by 11 points among registered voters, 51 percent to 40 percent, which is well outside the poll’s margin of error of plus or minus 3.3 percentage points,” the poll found.

Last month, the same poll showed Biden with a 7-point lead, although other national polls in mainstream media have consistently shown Biden with a double-digit lead in recent weeks.

The poll also revealed a huge shift in overall anxiety among the US electorate, with 72 percent saying the country is headed on the wrong track, a 16 percent surge since March, the month when the coronavirus pandemic began hitting the nation with full force.

© AP Photo
Biden Extends Lead Over Trump in Battleground States as Some Cite 'Secret Trump Voters'
Just 19 percent think the nation is headed in the right direction, the lowest mark since July 2016, when Trump mounted an uphill battle to defeat Hillary Clinton months before the last presidential election.

Trump’s scored ratings of 39 percent positive, 54 percent negative, according to the poll.