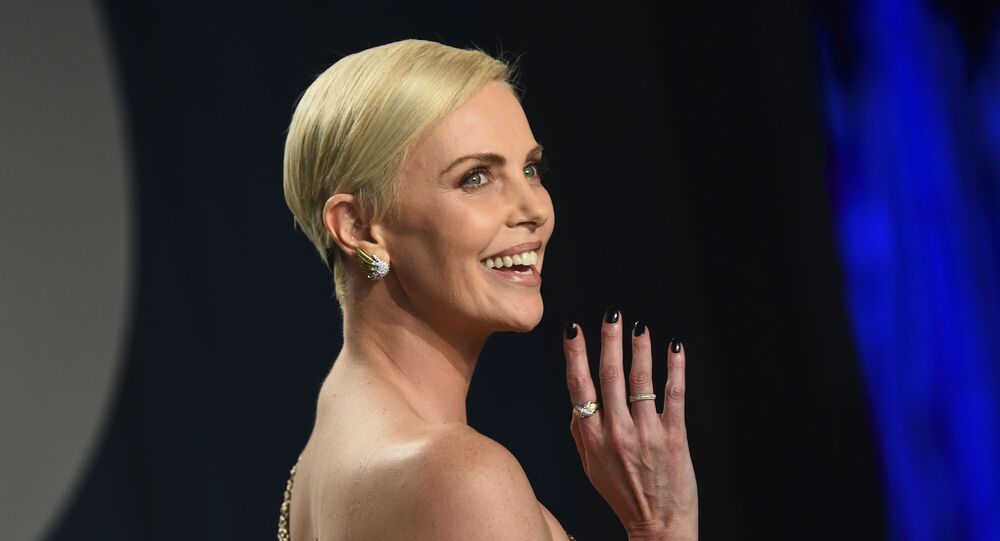 'I Will Get My A** Kicked': Charlize Theron Accepts Kofi Kingston's 'Invite' to Fight in WWE

South Africa-born actress Charlize Theron became famous after starring in such legendary films as “The Devil's Advocate” and “Monster”; but it was her stunt work in such action pictures as “Mad Max: Fury Road” that managed to impress not only picky Hollywood lovers, but also professional wrestlers.

“Atomic Blonde” star Charlize Theron accepted an “invite” from professional wrestler Kofi Kingston to fight in the World Wrestling Entertainment (WWE) ranks, during an interview. The actress, who is currently promoting her movie “The Old Guard”, seemed flattered by praise from the former WWE champion for her action stunts.

“I think you might actually have a career or a future, if you wanted it, as a WWE Superstar because there [are] a lot of those similarities”, Kingston told the South African-American star at the end of their brief conversation.

“You're talking about discipline. The fact that, again, for you to be able to pick up those moves so naturally, like, I would love to see you go one-on-one with a Becky Lynch, or like a Sasha Banks. Do you know what I mean? Or Bayley, or Charlotte! I feel like you would fit right in”, he added.

"Wow, is this an invite?”, the actress immediately responded.

And when she was the assured by the Ghanaian-American wrestler that it was, Theron cried with joy: “Yes! When and where?”

Theron suggested that because of the global pandemic she knew that this would not happen “any time soon” but she confirmed that she was on board with this “awesome” idea and was ready to get her “a** kicked”.

“So that would be really entertaining for everybody to watch because I am a mere actor. But that would be so much fun!”, she added.

And according to Twitter users, the idea definitely appeals to fans:

@CharlizeAfrica possibly coming into WWE? I mean Wrestlemania is taking place in Hollywood next year and her and @MsCharlotteWWE could tear it up in that ring pic.twitter.com/utMXJgMGxU

Have you seen her new movie that just dropped on Netflix? She'll be able to hold her own against some of the female superstars.

Is she there to give them all acting lessons 😂

“The Old Guard” is a fantasy film, where the 44-year-old actress stars alongside KiKi Layne and Chiwetel Ejiofor. It tells the story of a group of centuries-old mercenaries with magic abilities fighting to protect their secrets. It is currently streaming on Netflix.