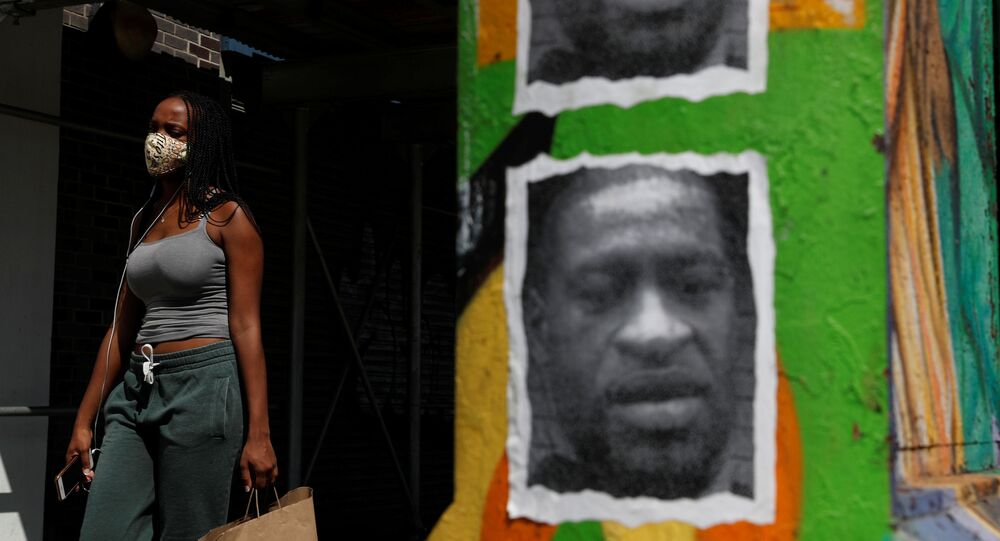 The killing of George Floyd in police custody in Minneapolis in May triggered nationwide anti-police-brutality protests in the US and in many major cities around the world. The four officers involved in the killing were fired and later charged with criminal counts, with the officer filmed kneeling on Floyd’s neck charged with second-degree murder.

The family of deceased African-American George Floyd on Wednesday filed a lawsuit in US district court in Minnesota against the city of Minneapolis following the police procedures used in Floyd’s fatal arrest on 25 May, arguing that the city is “the responsible party for the Minneapolis Police Department”, according to The Guardian.

Lawyers for the family claim that the city is responsible for the practices and culture of policing that resulted in Floyd’s death. The lawsuit also targeted the four Minneapolis police officers involved in Floyd’s killing, and primarily Derek Chauvin, the white officer who who knelt on the victim’s neck for 8 minutes and 46 seconds, until he died.

“This complaint shows what we have said all along, that Mr Floyd died because the weight of the entire Minneapolis Police Department was on his neck,” said Ben Crump, an attorney for the Floyd family, quoted by the newspaper. “The city of Minneapolis has a history of policies, procedures and deliberate indifference that violates the rights of arrestees, particularly black men, and highlights the need for officer training and discipline”.

The lawyer said that the family is seeking compensation for Floyd’s murder by means of the “unprecedented” lawsuit in order “to set a precedent that makes it financially prohibitive for police to wrongfully kill marginalized people – especially black people – in the future.”

The complaint reportedly notes that the officers deprived Floyd of his constitutional rights as Chauvin, assisted by Thomas Lane, J Alexander Kueng and Tou Thao, restrained the victim and restricted his breathing, even after Floyd gasped, “can't breathe” and begged for air before dying.

The lawsuit also demanded the formation of a body “to ensure that the City of Minneapolis properly trains and supervises its police officers”.