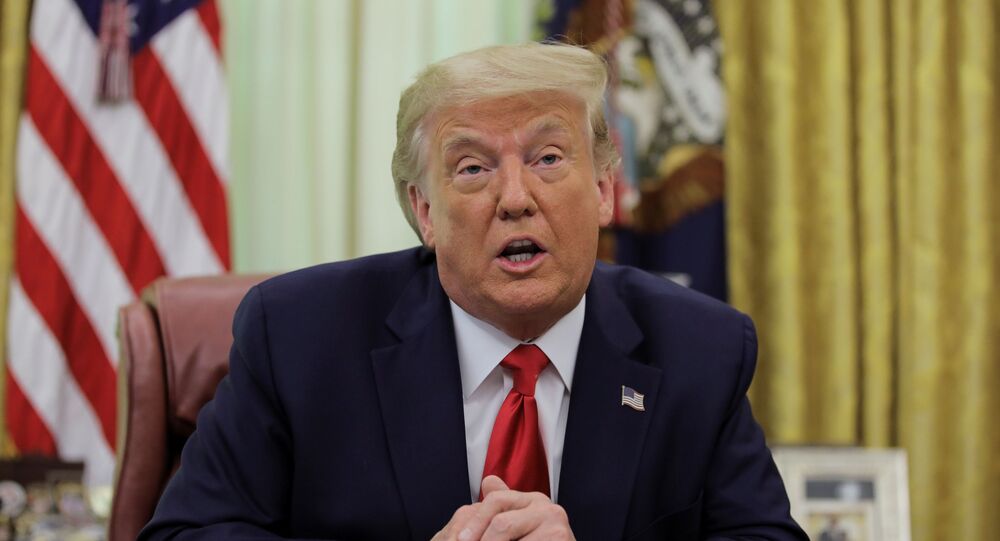 Trump Says Cities Run by Dems Are ‘Out of Control’, Like ‘War Zones’, Vows to Take Action Next Week

On Monday, US President Donald Trump said that federal forces could be sent to major cities to quell a wave of criminal violence, which, he said, is “worse than Afghanistan, worse than any war zone”, accusing Democratic lawmakers of exploiting resentment caused by nationwide anti-racism and anti-police-brutality protests for political gain.

US President Donald Trump, in a Wednesday briefing from the Oval Office, said that cities run by “liberal, left-wing Democrats” have gone “out of control”, and are like “war zones”, as a result of a crime surge claimed to have occurred in the wake of ongoing nationwide anti-police-brutality and anti-racism protests over the death of George Floyd, an African American man, at the hands of white policemen in Minneapolis in May.

Trump said that he would be holding a “very exciting news conference” next week to talk about “some of the cities where the Democrats running them have just lost control of the cities”.

“We have other cities that are out of control. They are like war zones,” Trump said. “If the city isn't going to straighten it out, if local politicians or, in this case – I don't say this for political reasons, they are all Democrats. They are liberal, left-wing Democrats, and it's almost like they think this is going to be this way forever”.

Although the majority of US cities are run by Democratic mayors, the president promised primarily to take action against Seattle, Minneapolis, Portland and Chicago, where, he claimed, mayors “are not doing the job they’re supposed to be doing”.

“They’re supposed to be asking for help and they don’t want to ask, so maybe they’re proud or maybe they think it’s bad politically, but we can’t have happen what’s happening,” Trump said. “We’re going to straighten things out.”

The Republican president said, listing Seattle and also Minneapolis -  where Floyd was killed triggering the wave of nationwide anti-police-brutality and anti-racism protests - that the cities have been “run very poorly” during the ongoing demonstrations.

“We had the National Guard go in and as soon as they did that, we straightened that mess out. They should have been able to do locally with their police. The police are good. They were told not to do anything,” he said.

The president also drew attention to Chicago, saying, “68 people were shot and 18 people died” last week. On Monday, Trump claimed that the city, during the last weekend alone, saw 88 shootings, in which 22 people were killed.

On Monday, Trump claimed that crime rates have surged in cities run by Democratic mayors, asserting that in Atlanta murders are up 133 percent and in New York shootings had jumped "358 percent". The president stated that, last month, over 300 people were shot in New York, while suggesting that retirements by New York Police Department employees “have quadrupled and are going up even further”.

“New York City is out of control, unfortunately,” Trump said on Monday. “And yet they spend all their time, they want to do Black Lives Matter signs outside of Trump Tower. They ought to spend their time doing something else, because I’ll tell you what. 358 percent increase in shootings in New York”.