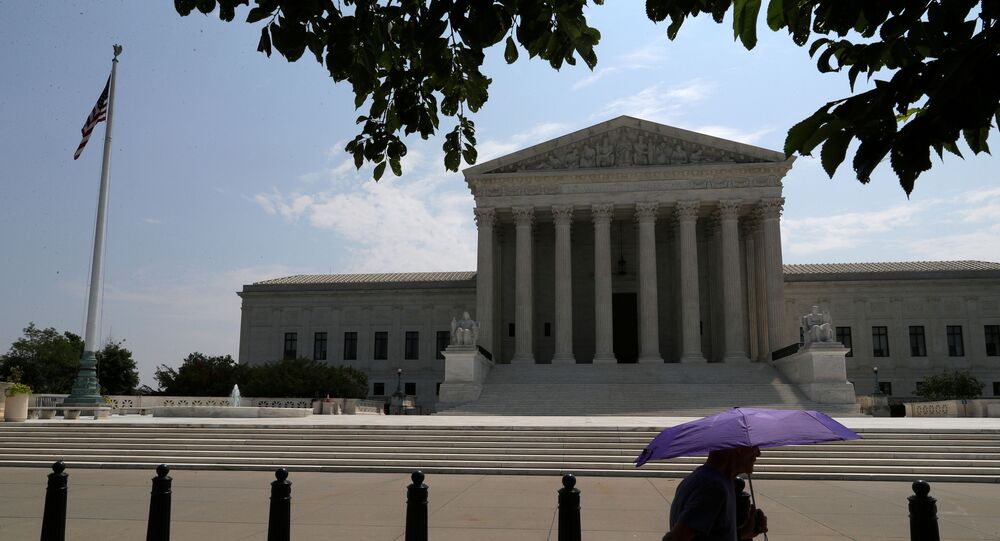 Video: Suspect in Custody Following Fire Outside US Supreme Court

Multiple streets around the DC area where the Supreme Court is located have been blocked after a scene in which witnesses described a police cruiser being set on fire.

An individual has been taken into custody on Wednesday on suspicion of setting fire to a car just outside the Supreme Court.

A Supreme Court spokesperson stated that someone poured a flammable substance onto a Supreme Court police vehicle parked on Maryland Ave. near First Street, NE, near the steps of the SCOTUS building.

"An individual poured an accelerant on and set on fire an unmarked Supreme Court police vehicle parked on Maryland Ave. near First Street, NE. The car was totally burned and an adjacent Court vehicle was also damaged", the spokesperson said.

The suspect was burned while committing the act and was transported by ambulance to a hospital, after being taken into custody.

Police were seen treating the person on First St. NE, before they were placed into an ambulance covered in silver burn blankets after having their clothes removed.

Um there’s a car on fire at SCOTUS. pic.twitter.com/bY0lY9KZf4

​Firefighters were spotted using water hoses to tackle flames coming from the white automobile. One of the officers hit the trunk, attempting to open it, before flames licked out from the closed trunk door.

Marissa Barrera, a policy aide for Vermont Senator Bernie Sanders, was having lunch outside the Capitol building during the afternoon when she heard a loud bang and witnessed people fleeing.

Speaking to The Hill, she said it wasn't clear at first if the vehicle itself was on fire “and then the whole thing went up in flames", describing it as “this ball of fire” that exploded four times. She was included in the group of eye-witnesses who made statements to police.

The court was not in session at the time, nor is Congress in Washington at any point during this week.

The fire came before a scheduled press conference by US Speaker of the House Nancy Pelosi and other House Democrats in the Capitol, just across the street from where the incident took place.