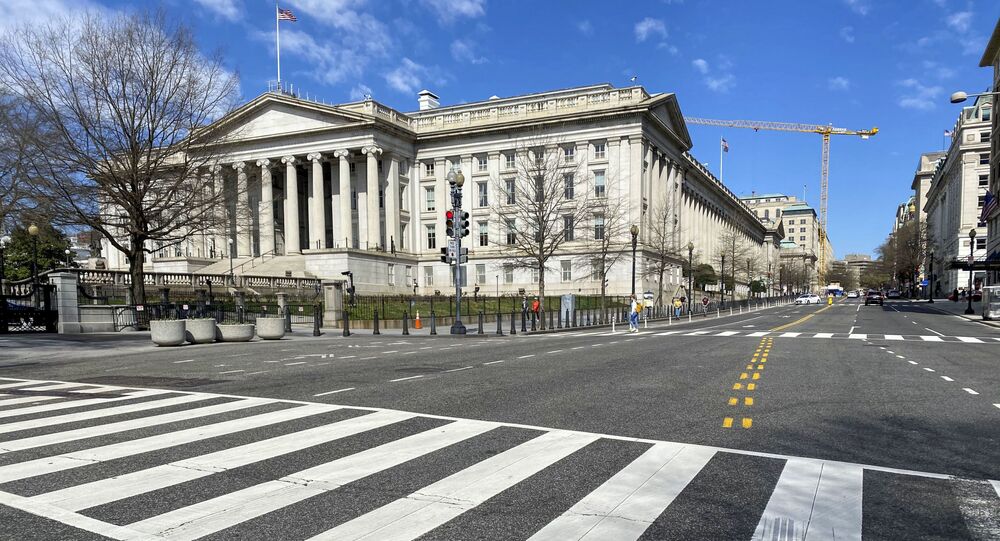 US Slaps Sanctions on Three Russian Nationals and Five Companies

Last year, the US Treasury accused Russian businessman Yevgeny Prigozhin of being involved in meddling with US elections in 2016.

The US has imposed sanctions on three Russian nationals and five companies linked to Russian businessman Yevgeny Prigozhin, the Department of the Treasury said.

According to the department's statement, Russian nationals Igor Lavrenkov, Andrey Mandel and Mikhail Potepkin, have been sanctioned for their alleged involvement in the armed conflict in the Donbass and for their alleged meddling in US elections.

Last year, the US claimed that Prigozhin's company Concord had funded an internet troll factory that had promoted Trump during the 2016 presidential election. The charges were filed by special counsel Robert Mueller following his investigation into Russian meddling, but were dropped in March. The US said that the prosecution risked exposing investigative sources and methods.

Prigozhin denied the allegations, saying that he had been "wrongfully persecuted" by US prosecutors. He also said that he would sue the US for $50 billion in damages.