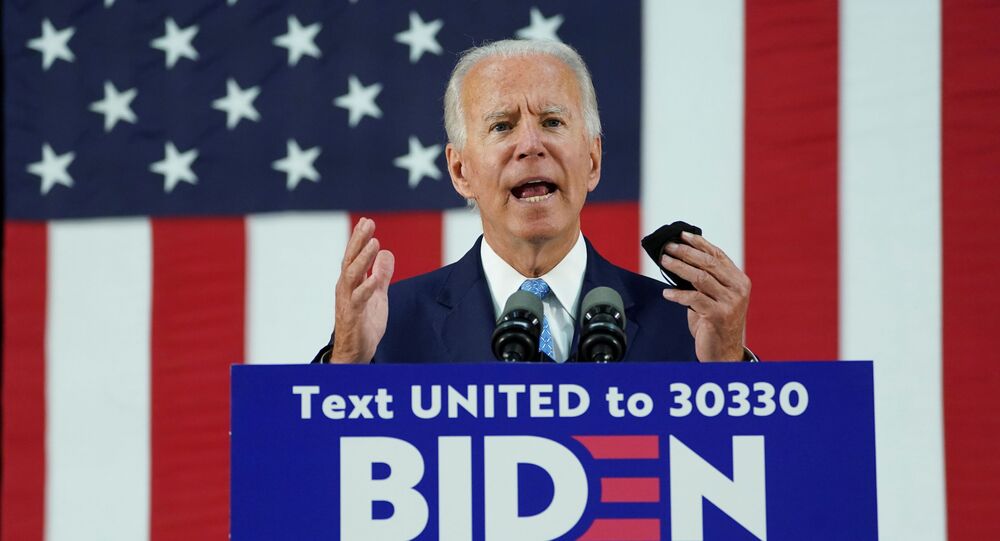 Presumptive Democratic nominee Joe Biden’s campaign was earlier cited by POLITICO as viewing historically “red” Texas as an “expansion target” beyond the traditional battlegrounds, with a growing number of polls showing a surprisingly close presidential race in the Lone Star state.

Joe Biden has launched his first general-election TV ads in Texas - a state that hasn’t voted for a Democratic nominee in 44 years - as part of a four-state ad acquisition by his campaign, announced on 14 July, reports the Texas Tribune.

I will not abandon you. We will fight this virus together.

Oof. Joe Biden’s ad in Texas hits you right in the gut.pic.twitter.com/MGfVTl5QGu

​The last time “red” Texas voted for a Democratic candidate was the 1976 Presidential election when Jimmy Carter won 51.14 per cent of the popular vote.

The Democrats haven't won Texas in a presidential election since 1976.
Joe Biden is 7/4 to do it this year.https://t.co/5cChdAc3pK pic.twitter.com/EWMBGf1ffM

​​In a Texas-specific 60-second spot the Presumptive Democratic nominee and former vice -president capitalizes on the increasingly dire COVID-19 situation in the state, amid a surging number of coronavirus infections and deaths.

"I'm of thinking all of you today across Texas… I know the rise in case numbers is causing fear and apprehension,” Biden says in the ad.

Biden emphasized the need for Americans to follow simple pandemic-related guidelines such as washing their hands, observing social distancing and wearing masks. He later says:

"The virus is tough, but Texas is tougher… I will not abandon you. We're all in this together."

The spot wraps up with an image of mask-wearing Biden and the words, "Stay Safe, Wear a Mask."

The ad buy, reported to be worth "mid-six figures" and spanning Texas, Arizona, Florida and North Carolina, is reported to be the campaign's first TV and digital ad spending in Texas since Joe Biden won the nomination.

Advertising Analytics ad-tracking firm is also reported as confirming that the Biden campaign had acquired cable time across Dallas and Houston areas worth some $65,008.

The news comes as a spate of recent polls have predicted a tight contest between Joe Biden and President Donald Trump in Texas, which the current incumbent won by 9 percentage points in 2016.

According to the RealClearPolitics polling average, Biden and Trump are in a dead heat in Texas.

​Referring to the ad buy, Democrats have been cited as underscoring the symbolic nature of the move in a typically GOP-faithful state.

“It’s sending a message… The message is that the Biden campaign recognizes that Texas is a state that is different now, that they see it as a battleground and intend to make a play for Texas,” Texas Democratic Party Chair Gilberto Hinojosa was quoted by POLITICO as saying.

Donald Trump recently dismissed the threat that Biden was allegedly likely to pose in his traditional stomping ground.

"I think Texas is going to be very strong for us – all of us — as it was in the past election, 2016," said Trump during a tele-town hall on Monday.